Mike O’Brien, vice president of Corporate and Product Planning, Hyundai Motor America, thinks that if car companies are going to meet the 2025 CAFE requirement for hitting 54.5 mpg (assuming that it isn’t rolled back to something easier to achieve) then they’re going to have to get a heck of a lot more electrified models in the market. And it isn’t, he points out, merely a matter of getting the cars on dealer lots: they must be sufficiently appealing to people simply as cars so that the purchase isn’t predicated on some sort of Green Guilt. 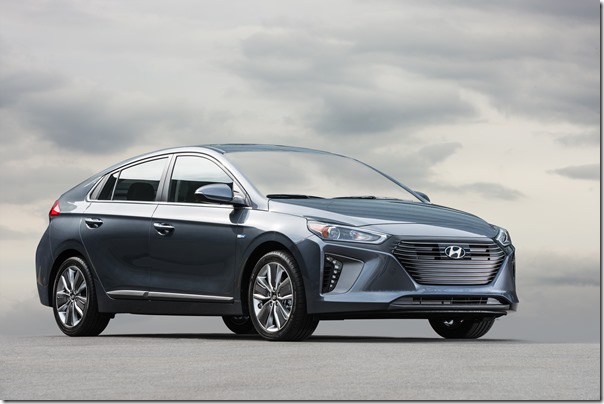 So when the Hyundai team was developing the 2017 Ioniq, they set about to make a compact car that is competitive with the likes of the Civic and Focus and Corolla and, yes, even the Hyundai Elantra. They created a car with a comfortable, well-appointed, cabin (with the amenities that people have come to expect, whether it is a 7-inch touchscreen audio display or Apple CarPlay and Android Auto, or things they haven’t come to expect, like trim that is produced by combining a soy-based resin with volcanic rock [no, we’re not kidding]). 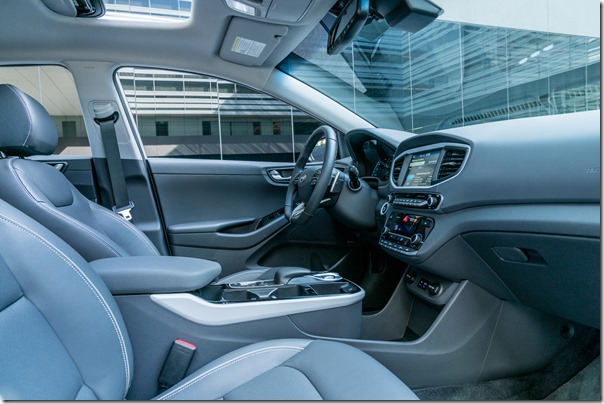 They created a car that is available with three advanced, highly efficient powertrains: a standard hybrid, a plug-in hybrid and a fully electric system.

O’Brien emphasizes that the development was done with the goal to be best-in-class in all classes. For example, the Ioniq Hybrid Blue model has an EPA-estimated 58 mpg combined rating, which is the highest of any car without a plug. And as for the Ioniq with a plug, the all-electric range is estimated to be move than 27 miles. Finally, for the Ioniq Electric, it has an EPA-estimated 136 mpg-e rating, which is the highest of any EV on the U.S. market—yes, even including the Teslas. 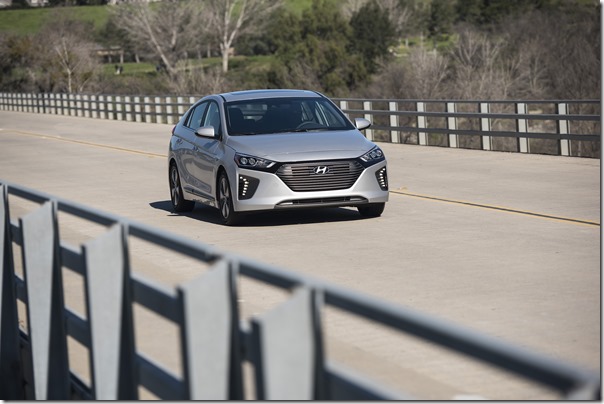 But he points out on this edition of “Autoline After Hours” that because the goal was to compete with cars, not with just electrified cars, they set about to create the Ioniq with features and functions that make the Ioniq a car that is enjoyable to drive, such as things like a multilink rear suspension for the two hybrids (the EV has a torsion-beam rear axle), and, again for the hybrids, a six-speed dual-clutch transmission that is not only efficient, but has shifts that are more discernable than those of continuously variable transmissions, as are used in most hybrids.

O’Brien talks about the Ioniq as well as a range of other automotive-related subjects on the show with Autoline’s John McElroy, Chris Paukert from Roadshow by CNET and me, as we keep him for the full hour.