On the Changes at Ford

A quick word on the promotion of Jim Hackett to the position of president and CEO of the Ford Motor Company, who is replacing Mark Fields, less than a week after the company announced that it would be reducing its white collar headcount in North America and the Asia-Pacific region, presumably a move that Fields made to show unhappy Ford stockholders, who had seen their stock trading at $17.72 on July 18, 2014, literally 17 days after Fields took over, and not that high since.

Here is the opening of a story that appeared on MLive/The Grand Rapids Press, on January 19, 2014, “As Steelcase CEO Jim Hackett prepares to step down, he is being hailed as a visionary for turning around the world’s largest office furniture maker.” 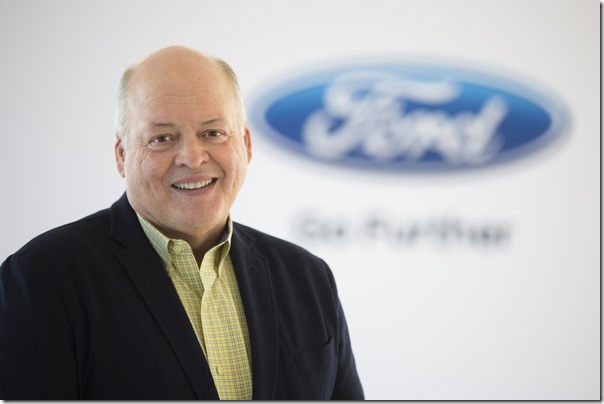 Hackett, who had been with Steelcase for more than 20 years, during which time he held a number of positions in sales and marketing, and helped lead the company into other areas, joined Ford as an employee (he was on the board) in March 2016 as chairman of Ford Smart Mobility.

But here’s the second paragraph of the story by Shandra Martinez, which could be potentially troubling in light of last week’s employment announcement:

“Hackett, who will retire at the end of February, is credited with steering the company through difficult times, including a major reorganization that shed half the company’s Grand Rapids workforce.”

According to Martinez’s story, some 12,000 jobs were cut during his tenure at the top of Steelcase, and “The company cut its 57 facilities by more than half.”

Clearly not such a good part for employees. Maybe the shareholders, but not the employees.

However, it shouldn’t be taken that Hackett is some sort of hatchet man. Steelcase was struggling and he got it back on solid footing.

What’s more, he had Steelcase, in 1996, become the majority stakeholder in IDEO, an innovation firm for which we have nothing but the utmost respect and admiration. In 2007, IDEO’s management bought their company back.

Still, that experience with IDEO, as well as his reported serial attendance at TED conferences, undoubtedly makes this 62-year-old business man somewhat more attuned to changes in the overall environment than others who have spent their lives in business.

In the official statement about Hackett’s appointment, executive chairman Bill Ford states, “Jim Hackett is the right CEO to lead Ford during this transformative period for the auto industry and the broader mobility space. He’s a true visionary who brings a unique, human-centered leadership approach to our culture, products and services that will unlock the potential of our people and our business.”

And Hackett: “I am so excited to work with Bill Ford and the entire team to create an even more dynamic and vibrant Ford that improves people’s lives around the world, and creates value for all of our stakeholders. I have developed a deep appreciation for Ford’s people, values and heritage during the past four years as part of the company and look forward to working together with everyone tied to Ford during this transformative period.”

Both of which sound good, but which need to be proven for the good of the people of the company.

There is another aspect to this appointment of a man who spent a considerable part of his career in a non-automotive industry.

Is there the hope that lighting will strike twice in Dearborn, that Jim Hackett will be able to repeat the kind of performance that former Boeing executive Alan Mulally brought to the company in 2006?

Yes, Hackett has been with Ford for a few years now, but he doesn’t have the depth of knowledge of the company and the auto industry as Farley and Hinrichs certainly do.

Maybe that’s the whole thing. Maybe transformation in the auto industry takes someone with a completely different point of view.

During the press conference that Bill Ford and Jim Hackett held this morning discussing the change, the word “transformation” was used repeatedly.

There are some who are going to overestimate the importance of the fact that Hackett came from Ford Smart Mobility. Doesn’t that mean that there will be a greater emphasis of mobility going forward?

I think that Mark Fields was as committed to the transformation of Ford as any responsible automotive executive could be and that one could argue that it was that, in part, which led to the reduced stock price over the past few years. I would be surprised if there is an even greater commitment to mobility going forward (actually, not rhetorically).