On the Road to Detroit

The LeMay Museum in Tacoma, Washington, has another moniker, one that gives an indication that even in a part of the world that one might not associate with automobiles, this is the real deal when it comes to a collection of vehicles: America’s Car Museum.
#oem #AutolineAfterHours #Chevrolet

The LeMay Museum in Tacoma, Washington, has another moniker, one that gives an indication that even in a part of the world that one might not associate with automobiles, this is the real deal when it comes to a collection of vehicles: America’s Car Museum. The 165,000-square foot museum, which has an extensive collection of cars and trucks from the U.S., but exhibits of vehicles that hail from other countries, as well, is encompassed by America’s Automotive Trust, a 501C3 not-for-profit corporation committed to preserving, displaying and teaching people about automotive history. 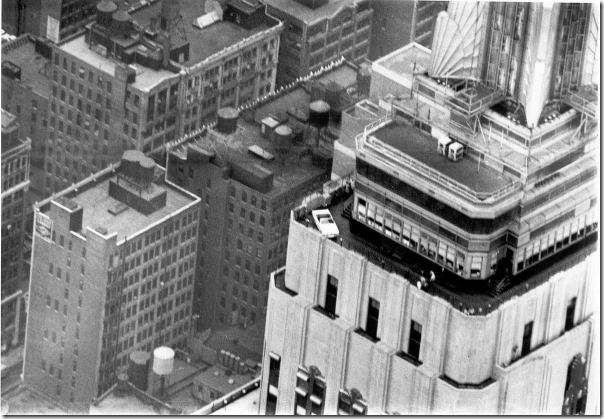 If you look closely: that’s a 1966 Mustang on the roof of the Empire State Building.  The Drive Home II went through NYC in a ‘66 Mustang.  But not up there.

And what’s particularly interesting about the organization is that it is committed to getting well outside the boundaries of Tacoma. All the way to Detroit.

David Low Madeira is the CEO of America’s Automotive Trust. And on this edition of “Autoline After Hours” we meet up with Madeira on the floor of the North American International Auto Show in Detroit.

Most people who attended the show came directly there from their home or office. Not Madeira. He didn’t even start in Tacoma. Rather, he started the trek to Detroit in Boston. And no, he didn’t take Delta from Logan. He didn’t even go directly there. Rather, Madeira and his colleagues drove from Boston to New York to Philadelphia to Washington, DC, to Lancaster to Allentown to Harrisburg to Pittsburgh to Indianapolis to Grand Rapids to Traverse City to Lansing to Birmingham to Detroit.

The Drive Home I was a year earlier and it went from Tacoma to Detroit. But Madeira explains that he wanted to expose other parts of the country to the endeavor.

Madeira talks about his experience on The Drive Home as well as his belief that it is important particularly for young people to learn about cars on the show. He speaks with Autoline's ’John McElroy, Murray Feldman of CBS Radio WWJ-950, and me as we sit within the massive Ford exhibit at the auto show.

Then after Madeira’s segment we are joined by Karl Brauer, senior director of Content and executive publisher of Cox Automotive. The four of us discuss what we’ve seen at the Detroit show as well as at CES and the overall trends that both shows describe for the auto industry.