As vehicle lighting has been taking on a great level of aesthetic importance over the past several years—thanks, arguably, in large part to Audi, which introduced LED lights on the R8—there is a growing technical importance to them, as well, which has led to the launch of a new joint-venture firm, OSRAM Continental GmbH, which officially went into operation today.

OSRAM brings the lighting solutions technology, which nowadays is largely semiconductor-based; Continental brings a wide array of ADAS and connected technology to the 50:50 operation. 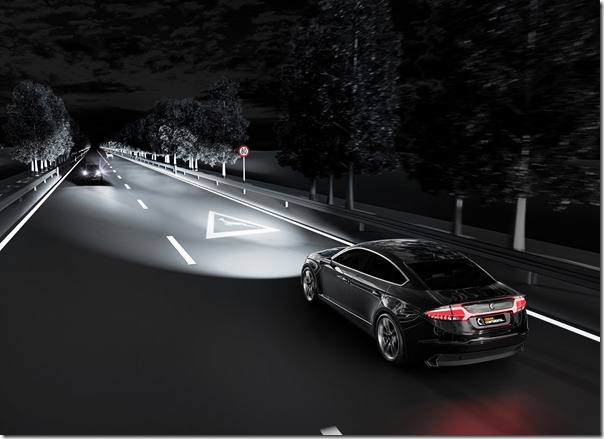 According to Harald Renner, CFO and member of the general management team of OSRAM Continental, “By launching our joint venture, we are generating confidence that the market for intelligent automotive lighting will continue to grow and be viable.”

His reference to “intelligent” goes to software, which is being utilized to create better automotive lighting. That is, based on sensors, headlamps can automatically be adjusted (e.g., from high-beam to low-beam) and it is anticipated data from navigation systems and sensors will allow the lighting systems to “communicate” with drivers in other vehicles. (The company is also developing tail lamps as well as interior lighting systems.)

The firm is starting with approximately 1,500 people who are based in 16 locations around the world. It anticipates annual sales in the “mid-triple-digit-million-euro range,” with growth in the next few years being primarily driven by LED arrays, laser-based lighting modules, sensors, and associated electronics.