The North American tooling spend—for things like molds and dies—is going to be down 31% in 2020 compared to 2019 according to Laurie Harbour, president and CEO of Harbour Results.

While COVID-19 certainly has had an effect, Harbour says that going into 2020 there were headwinds that were going to have a negative impact on the fortunes of the companies that produce tooling. 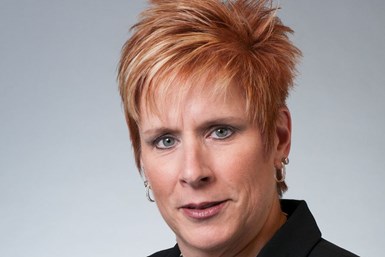 Laurie Harbour thinks that OEMs are going to have some financial struggles going forward as they invest in battery electric vehicles, which will have an impact on tooling suppliers. (Image: Harbour Results)

But things going forward for tooling firms don’t look good: Harbour estimates that within the next 18 months as many as 15% of those companies will cease to exist.

And if that’s not bad enough, the research firm’s findings estimate that within the next 24 months there will be the disappearance of as many as 30% of manufacturers in the tooling space—including stampers and molders, as well.

Reshoring is getting an increased amount of attention nowaday. So how’s that going?

While Harbour acknowledges that while U.S.-based OEMs are not as interested in buying tooling from China—due to shipping costs, tariffs on dies and molds, long lead times, “and a little nationalism”—she says that (1) some of these companies are buying tools from other countries, like Vietnam, and (2) while there is a return of some tooling from China to North America, (a) the OEMs are looking for China-like pricing, which puts enormous pressure on the tooling suppliers and (b) she thinks that the return will be short-lived—perhaps 12 months.

Harbour points out that the OEMs—which presently have a liquidity problem, which impacts their ability to spend—are under pressure to invest in battery electric vehicles (BEVs). The firm’s research shows that 64.8% of GM’s tool spend between 2020 and 2022 is planned to be for BEVs. That figure is 27.3% for Ford.

A problem, she points out, is that the profitability of BEVs for OEMs is something that has yet to be realized.

So with this cash crunch and the need to spend on BEVs, Harbour says that OEMs may begin to forego vehicle facelifts, as they don’t attract as many buyers as major midcycle refreshes or all-new vehicles. Facelifts account for about 11% of tooling spend for a given OEM, which may go away.

She also sees a need for OEMs to reduce vehicle complexity. For example, if a company goes from eight trim options to six; 11 engine variants to five; 200 build combinations to fewer than 100; 12% common components, there could be a reduction of tooling costs as much as 20% (e.g., she cites a theoretical case of going from $600 billion of tool spend to $480 billion).

And then there’s Tesla. (Yes, there always seems to be Tesla.)

Harbour says that for the rear frame for the Model Y, Tesla has secured a “multi-directional unibody casting machine.”

When the vehicle launched there were 210 metal stampings that had to be produced and assembled.

With the casting machine, there are now two aluminum die cast components.

A huge drop in the number of tools required. (In addition to which, an overall reduction in the need for robots and other capital equipment.)

Harbour says that Tesla is likely to use this approach for new models, going to three die cast parts for the front and rear frames, as well as the battery tray.

When asked what makes the difference between the tooling companies that are and will be successful and those that are struggling and potentially disappearing, Harbour’s answer is surprising.

She says the companies that are led by people who are always trying to achieve better are those that are the ones that will succeed.