Pacifica: The Minivan That Matters

While the whole notion of minivans might provoke an involuntary eye roll among some people, here’s an interesting fact: so far this year, through the end of March, Chrysler delivered 31,616 Town & Country minivans, which makes it, by far, the biggest selling vehicle in the brand’s showroom. In addition to which, over at Dodge, the Caravan, with sales of 33,712 units, is also the number-one model in the lineup.

Roll your eyes all you want: Minivans are still significant, especially at FCA.

Although Chrysler is the pioneer in the category, other OEMs have gotten in (and others have gotten out), with the likes of the Honda Odyssey and the Toyota Sienna offering the Auburn Hills company some seriously stiff competition.

The last time there was an all-new model from Chrysler/Dodge, it was 2008. And lots—to put it mildly—has changed since then.

But the importance of minivans is something that hasn’t changed for the company. 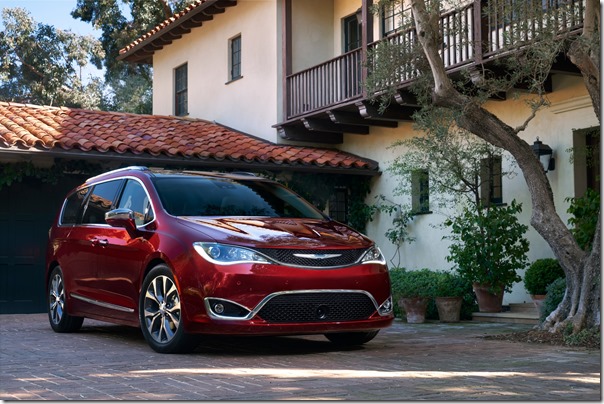 Mike Downey, chief engineer for the vehicle, joins John McElroy, Pete Bigelow of Autoblog, and me in the studio—along with a Pacifica—on this edition of “Autoline After Hours.”

Downey explains how the team built this vehicle not only to compete but beat the competition, and how they created the “bones” of the Pacifica to provide levels of ride and handling that one certainly doesn’t associate with, well, minivans.

In addition to which, McElroy, Bigelow and I discuss the implications of the then yet-to-be-revealed Tesla Model 3, the on-going trouble and travails of Volkswagen, and the fact that headlights aren’t, according to IIHS, necessarily doing what they’re supposed to be, cool shapes notwithstanding.