This is the recently introduced Porsche Panamera: Let’s say for the sake of argument that it is one equipped with the 2.9-liter, biturbo V6 engine.
#oem #HP #Porsche

This is the recently introduced Porsche Panamera: 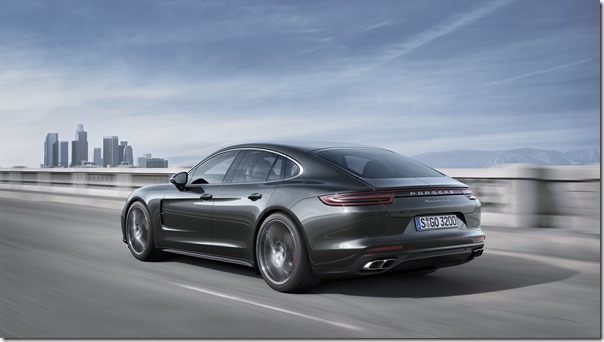 And when she arrives there, she may be spending an inordinate amount of time driving around looking for a parking space.

According to Tobias Weiper, an executive with Cologne-based start-up Evopark, “The search for a parking spot is the reason for almost 30 percent of inner-city driving. At the same time, however, many spots in parking garages stand empty.”

However, Porsche, through its Porsche Digital GmbH subsidiary, is doing something about that for its drivers, as it is making its first investment, which the company says is on the order of seven figures (Euros or dollars, that’s a lot of cash), in Evopark, which was founded in 2014.

It presently has operations in 16 German cities and 37 parking lots. The system the company has developed determines where parking spaces are available and guides its customers to the locations. Then when arriving at the garage, the Evopark card signals the gate to open. The same occurs at departure. The parking fees are automatically tabulated and the owner is billed monthly.

Porsche CEO Oliver Blume said of this setup: “Greater convenience, faster, better – it is exactly this kind of approach to digital transformation which fascinates us and goes with Porsche.”

After all, if you travel down the autobahn with some alacrity, chances are you’re not all that keen on having to bump around in a congested urban area looking for somewhere to park.

While Porsche is doing remarkably well—especially vis-à-vis its Volkswagen Group brethren—it is interesting to note this observation from Peter Jost, director of Sales Coordination & Strategy at Porsche: “We are working feverishly on including attractive value-added services so parking becomes a positive experience for our customers. The cooperation with Evopark is our first systematic step in this direction.”

Evidently the people in Stuttgart realize that nowadays fantastic cars and crossovers aren’t enough. “Value-added services” now must be as much a part of the mix as floor mats for prospective customers.