Although there is a lot of discussion about multi-modal mobility solutions, and even though companies including Ford and Mercedes have shown branded bicycles as transportation alternatives, let’s face it: when it comes to 21st century transportation, it is pretty much the car/crossover/pickup that is the focus of attention.
#Peugeot #Chevrolet #PSAPeugeotCitroen

Although there is a lot of discussion about multi-modal mobility solutions, and even though companies including Ford and Mercedes have shown branded bicycles as transportation alternatives, let’s face it: when it comes to 21st century transportation, it is pretty much the car/crossover/pickup that is the focus of attention.

Interestingly, were it not for the 19th century development of the “safety bicycle”—more like what we’re used to seeing, not those giant front wheels and tiny rear bikes—in 1885, the auto industry might actually be not as advanced as it is.

According to James J. Flink in his The Automobile Age, “no preceding technological innovation—not even the internal-combustion engine—was as important to the development of the automobile as the bicycle.”

Flink points out that the bicycle brought to automobiles steel-tube frames, ball bearings, the chain drive, differential gearing, and the pneumatic tire (which was developed by John B. Dunlap in 1888 for bicycles).

From a process point of view, volume production of bicycles necessitated special machine tools, stamping presses, and spot welding, all of which made their way into automotive production.

And even people: former bicycle mechanics that made their way into the auto industry include, according to Flink, “William Morris, who initiated volume production of automobiles in Great Britain; Charles E. and J. Frank Duryea, who built the first successful American gasoline car; and William s. Knudsen, production head first at Ford, then at Chevrolet, and later president of General Motors.”

While many early automobile companies grew out of bicycle manufacturing, most of those companies are no longer in existence. But one company that was originally a bicycle manufacturer—and still is today—is Peugeot. As Flink points out, “The first Peugeot cars, built in 1889, were heavy tricycles powered by Serpollet steam engines.”

But bicycles do. As do other forms of two-wheeled transportation. 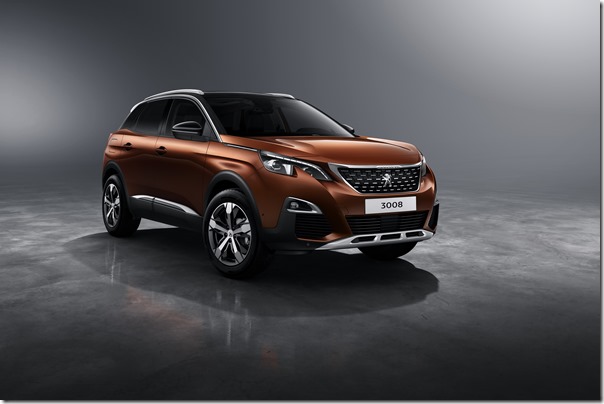 Last week Peugeot introduced the 3008, a C-segment SUV. The company went to lengths to point out that the design is quite clearly that of an SUV. And it features “Advanced Grip Control” that is said to provide off-road capabilities. (And taking into account that the Parisians who might go off-roading once in a blue moon and find the whole thing to be rather jarring, there is also an optional “8-pocket pneumatic massage system” for the front seats.)

The point here is not the Peugeot 3008. Rather, it’s what Peugeot introduced along with the SUV: the e-Kick scooter. 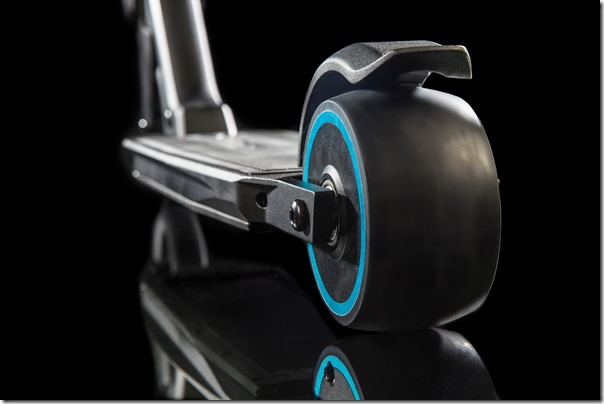 The electrically assisted scooter was developed by Peugeot along with Swiss scooter manufacturer Micro Mobility.

Cathal Loughnane, Peugeot Design Lab Manager, explained that the scooter, which can travel at speeds of up to 15 mph and features regenerative braking to help charge the lithium-ion battery (which powers a motor that is integrated into the rear wheel), is “designed not just to be a mobility solution in itself but also to link all the other solutions together. The two handles used in driving mode fold up into a single handle that allows the scooter to be rolled along on one wheel, making it effortless to hop from your home to your car to a train to your work."

It is an element in a multi-modal system, something that will help travelers make the proverbial “last mile” of a journey.

Know that this isn’t some sort of concept: both Peugeot and Micro will sell the vehicle starting in the last quarter of 2016.

And the Peugeot 3008, incidentally, has a docking station for the e-Kick in its cargo area that recharges the scooter during driving. 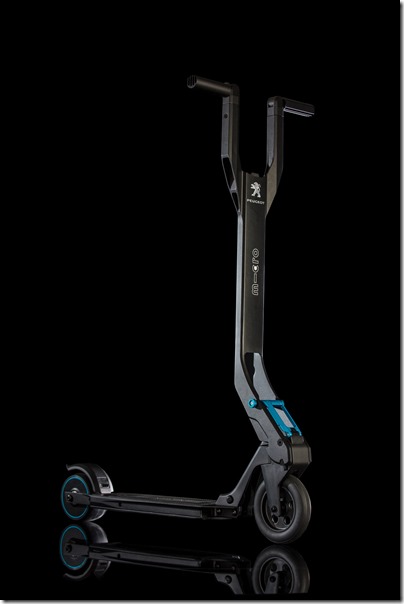