One of the things that is phenomenal about Tesla is the fact that the company has managed to get hundreds of thousands of people to put deposits on vehicles that they will take delivery of at some point in the future.

Arguably Polestar, the new company created by Geely as something of a spin off (or out) from Volvo, is doing Tesla one better: the company is taking $2,500 (fully refundable) deposits in 18 countries for its forthcoming Polestar 1 hybrid and the factory that will build the vehicles in China hasn’t been completed. At least the Tesla factory in Fremont, California, is physically tooled (perhaps not operating as efficiently as it might, but there and operating). 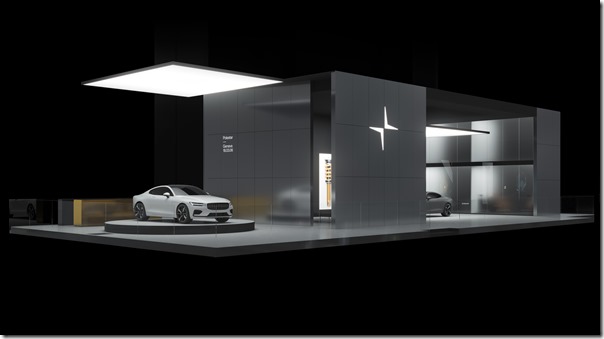 Said Jonathan Goodman, COO of Polestar, “The beautiful new Polestar Production Centre in Chengdu will become our manufacturing hub and the center of Polestar manufacturing operations. With its Scandinavian design principles, expertly executed by Snøhetta of Norway, and its roots quite literally set in one of our main markets, the Polestar Production Centre not only serves as the birthplace of all Polestar 1 cars, but also a brand experience facility with a dedicated test track and other client-focused facilities which contribute to the world-class Polestar customer experience.”

The plan has it that production will commence in Chengdu in mid-2019.

The Polestar 1 has an impressive powertrain setup: 600 hp and 1,000 Nm of torque through the combined internal combustion engine that drives the front wheels and a double electric rear axle drive system that powers the rear. The car is said to offer an electric range of 93 miles (150 km), the most of any currently available hybrid.

Incidentally, about that connection with Volvo: Polestar builds special versions of the S60 and V60 which, among other things, have 367-hp engines.

Here’s something to keep in mind: the Polestar 1 was revealed at the Geneva Motor Show on March 6. It has simply shown the car. So far it has some 7,000 deposits for a car that none of the depositors has driven.

Seems like customers are lining up with cash in hand for what are thought to be automotive tech leaders. 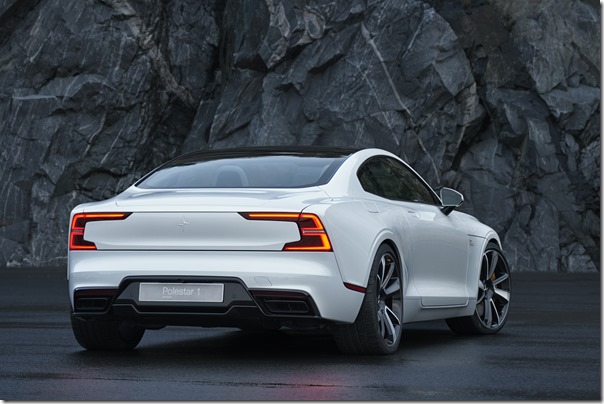