Porsche Runs Want Ads As Cool As a 911

Finding first-rate employees is a challenge that every company faces on an on-going basis. According to Porsche, it receives some 150,000 applications per year and scores exceedingly well on lists of desirable places to work.

Yet even Porsche, it seems, wants to be certain that it is getting the kind of people that would be the best fit for its organization, and so it has taken aspects of its cultural model, which was addressed by more than 500 employees from all departments in the company in 2017, and created messaging for would-be employees to get a better understanding of what exactly Porsche is today.

Andreas Haffner, member of the Executive Board responsible for HR and Social Affairs at Porsche, said, “We are starting from a position of strength, but it’s no longer enough to enable us to find the right talented people and retain them in the long term.”

So the company is starting a campaign, both digital and physical, to attract these people. They’ll be running ads and billboards (in Munich Berlin, Hamburg, Cologne, and Stuttgart) that were developed by Scholz & Friends Berlin and photographed by Jane Stockdale, that provide an aspect of Porsche that you probably don’t associate with the manufacturer of the venerable 911, especially when you look at the web addresses for each of the ads: 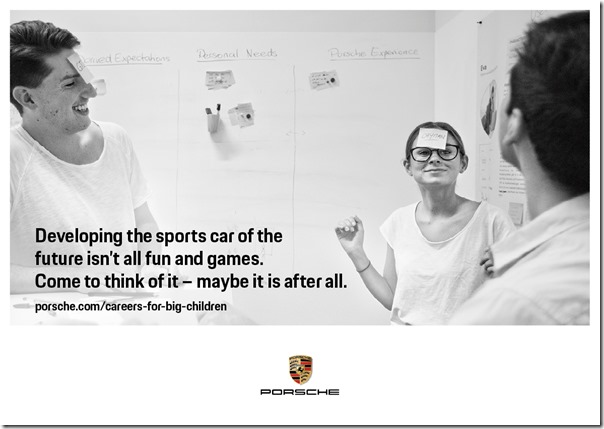 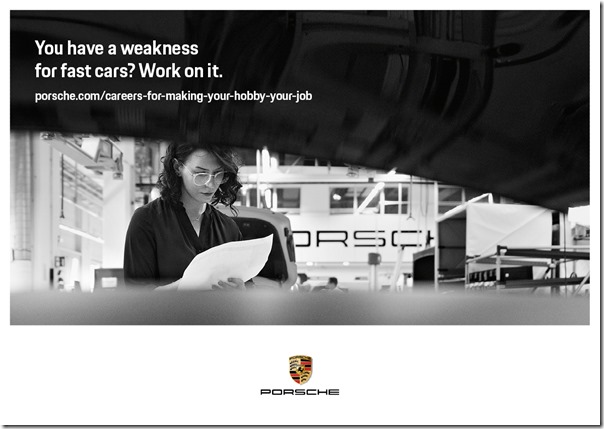 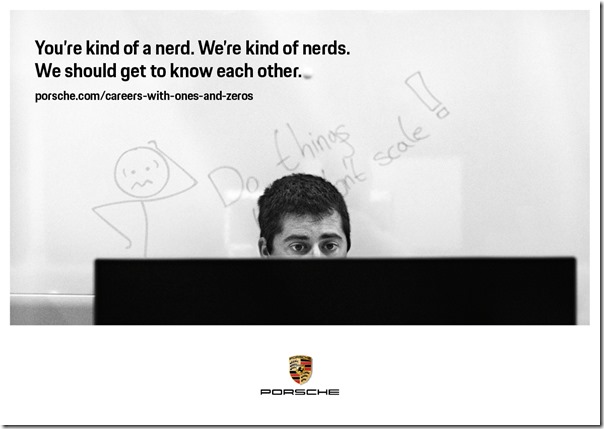 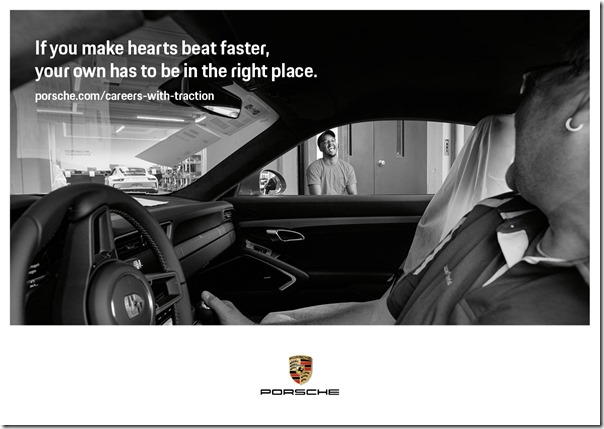 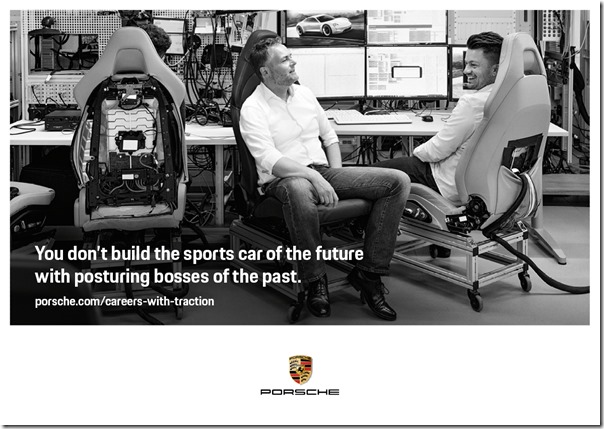