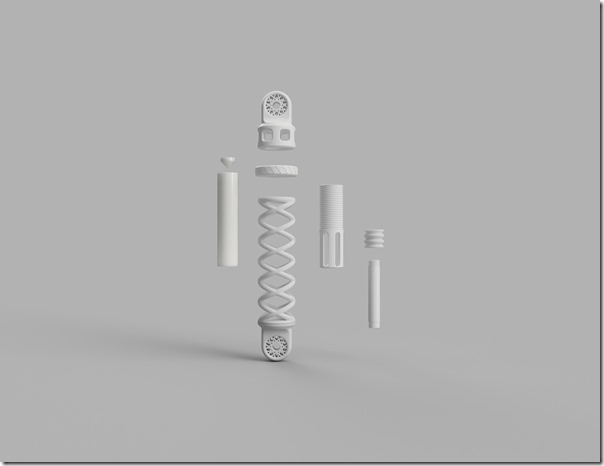 First, there’s the outer spring of the 40 x 7-cm part. It was produced with powered thermoplastic polyurethane via the selective laser sintering process.

Then there’s the adjusting screw that, when the shock is assembled, is on the interior of the assembly. In order to perform well it needs to have both strength and hardness. Consequently, it is produced with a polycarbonate. The fused filament fabrication process was used.

Finally, there is the air chamber. It, too, is in the interior of the shock absorber. It was made with a liquid polyurethane resin with a digital light processing method.

According to Lukas Breuers, a marketing manager for 2D and 3D printing at Covestro, “This complex structure would not have been possible with conventional production processes.” 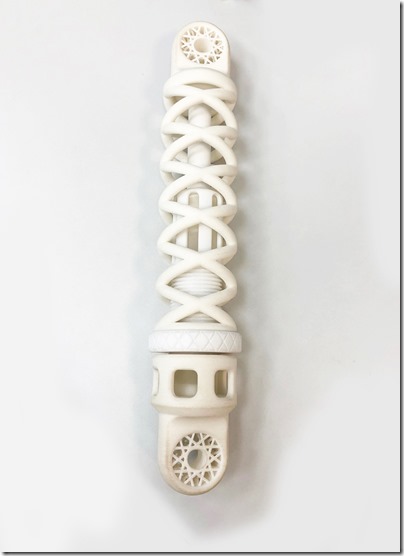