Imagine a paint job—and “job” is a rather pedestrian word in this context—for a vehicle that is 10 layers thick and which uses 250 percent more paint than the standard, a standard which is already superlative.

That’s the sort of surface that’s found on two of 30 Rolls-Royce extended wheelbase Phantoms that were commissioned—and this the largest single commission Rolls Bespoke has taken on—by Stephen Hung for his 13 Hotel in Macau. 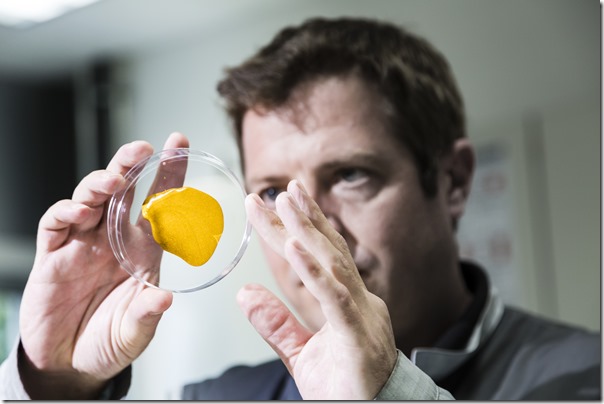 Gold paint.  As in real gold in paint.

“Only at the Home of Rolls-Royce would a team embark on such an ambitious project on behalf of one of our patrons. We accept nothing but perfection – the finish took eight attempts to mix the perfect colour,” said Rolls-Royce Material Scientist, Nick Geehan.

And special equipment was installed at the Surface Finish Centre at the Rolls-Royce Global Centre of Excellence in Goodwood to help assure that the process would be performed without a flaw.

Oh, and we should mention that the paint features metallic inclusions—23.75-carat gold.

Why not the classic 24-carat variety? Because the particles selected disperse better.

There are also glass and aluminum particles included with the gold to provide “an alluring shimmer.” Which sounds like something out of a P.G. Wodehouse story.

The gold layer, incidentally, is 40 microns, which is approximately the radius of a human hair. 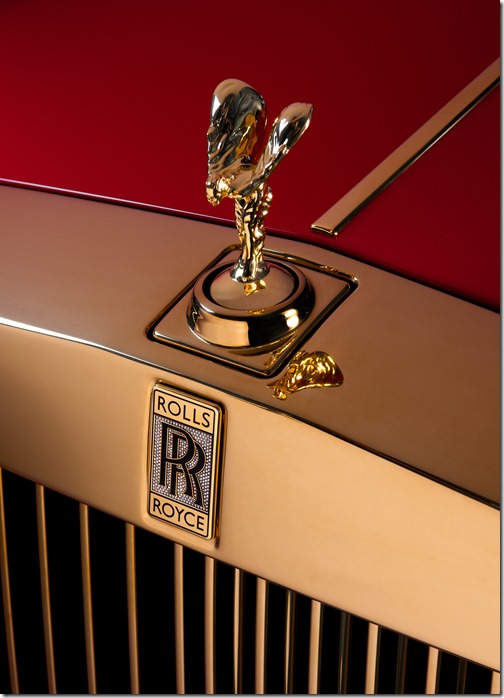 The Spirit of Ecstasy is  97.1 grams of 18-carat gold plated with 24-carat gold.  That Rolls RR logo?  Surrounded by 336 pavé set brilliant-cut diamonds