Q2 Sales and the Path Forward

Yes, there are signs of improvement. But that may be a relative thing.
#Chevrolet #GeneralMotors

As the second-quarter sales numbers from the OEMs come rolling out with double-digit declines year-over-year, there is a tendency to spin what’s going on in the market right now as some sort of amazing feat of market resilience.

One of the things that is pointed out—and I’ll use a quote from GM as an example here—is they saw “demand outpacing supply in the latter half of the quarter.” 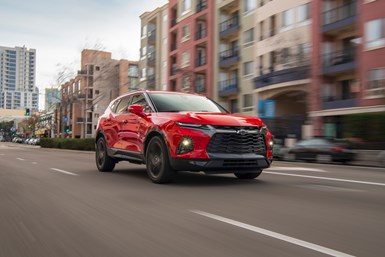 When states opened up and people could go back to dealerships, given that the OEM plants had been shut down for weeks, the supply of vehicles wasn’t what it would have otherwise been. So GM saw retail sales down about 35%, then ramping up to about 20% declines in May and June.

And if the comparative collapse of the rental market has any benefit it could be that “GM’s increasing output will be devoted to restocking retail channels with capacity made available by lower rental volumes.”

Hertz won’t buy them, so hopefully your neighbors will.

Kurt McNeil, GM U.S. vice president, Sales Operations, said, “Having an appropriate mix of the right vehicles combined with the benefits of enhanced shopping technologies such as Shop. Click. Drive., positions us for success in the second half of 2020.”

And success may be a relative thing.

About the Path Forward

GM Chief Economist, Elaine Buckberg, said, “After falling into a deep recession in March, the U.S. economy has begun to recover as it reopens. Auto sales are benefiting from historically low interest rates that make now an attractive time to buy a vehicle for many customers. We expect continued sales recovery as businesses ramp back up, but recognize that the path forward may not be linear, as rising infections in many states may lead to steps backward in the reopening process.” (emphasis added)

Let’s face it: If there are going to be a growing number of cases in various places around the country, officials may have to start closing things other than bars and gyms.

There is another thing to think about which can be see in this startling graph from the Bureau of Labor Statistics. It shows the percentage of people employed in the U.S.

Although some people talk about the recovery from 2008-2009 economic downturn, that period of time was happy days compared to the current situation, where, as of May, 52.8% were employed. At the end of ‘09 the number was 58.3%.

No matter how convenient the shopping experience or how low the interest rates, if you don’t have a job, odds are that going out to buy a new SUV isn’t on your list of things to do.

The path forward may be going in reverse unless everyone works to mitigate the pandemic—so more people can get back to work.