Rand McNally & the Threat of Disintermediation

Quick: think of a source for maps.

Chances are, Google Maps is what immediately comes to mind.

However, it wasn’t all that long ago that one might have thought Rand McNally. Just as Wikipedia has made those multivolume, massive books that once were required (but not necessarily read) on bookshelves everywhere pretty much a thing of the past, digital maps on phones or navigation systems have pretty much disrupted the traditional map. 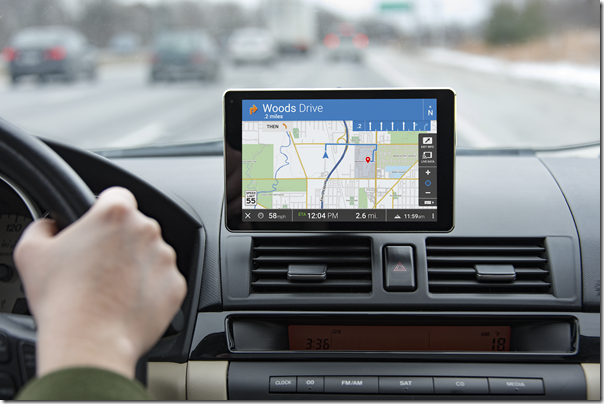 And so credit must be given to Rand McNally, which has evidently recognized that Google and Garmin are changing the rules of competition.

It has developed what it calls “a revolutionary connected-car device,” OverDryve.

They’re not calling it a navigation system, but a “dashboard tablet.”

As Rand McNally CEO Stephen Fletcher put it, “The vast majority of the 250 million U.S. cars and light trucks on the road today don’t have sophisticated electronics – features such as voice recognition and control, hands-free texting and forward collision detection, just to name a few.”

So that’s what this device provides. And the price for the unit, which will become available in the spring, is “less than $400.”

Although Rand McNally is consumer facing primarily with its Road Atlases, it turns out that it has actually been in telematics and navigation for fleets for a number of years, so something like OverDryve is not entirely outside of its wheelhouse.

Whether this is a useful device remains to be seen.

But what is absolutely clear is that companies that have historically had automotive adjacencies really ought to take a page from Rand McNally’s digital atlas.