“Not many trucks need sensors to detect when you are midair.”

Let’s face it: Not many trucks ever—deliberately—go off the ground such that sensors would be needed. (There are, of course, those trucks that do go leave the Earth’s surface such that the sensors that control things like airbags are at high alert.) One truck that does need the sensor engagement for appropriate purposes is the 2019 F-150 Raptor.

The truck features what’s called “electronically controlled Live Valve technology.” Ford engineers worked with those from FOX, the long-time developer of high-performance shocks and racing suspension components, to develop it. There are sensors mounted in both the suspension and body and the information provided to the system allows continuous, real-time adjustment of the damping. 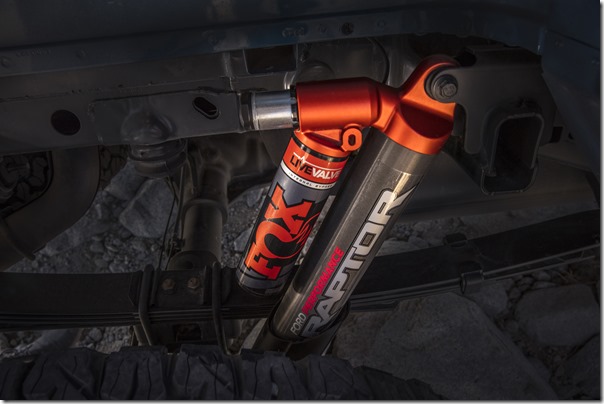 According to Salenbauch, “By automatically varying compression rates, Raptor can now make the most of its suspension travel of 13 inches in the front and 13.9 inches at the rear.”

The system works in concert with the truck’s internal bypass shocks.

So what happens when the car is in midair? (There are also new Recaro sport seats that undoubtedly help cushion the landing.)

For those who are more likely to be crawling along there is a new Trail Control system that operates at speeds up to 20 mph: when engaged the system automatically adjusts power and braking to each wheel as required; the driver’s job is to steer.