Should PSA Group acquire Opel, which seems likely (and which may have already happened by the time you read this), there will be what is euphemistically called “rationalization” occurring regarding the companies’ facilities.

Said more simply: They’ll have to decide which ones they close.

It is a sure bet that the PSA Sochaux plant, located in eastern France, won’t close. 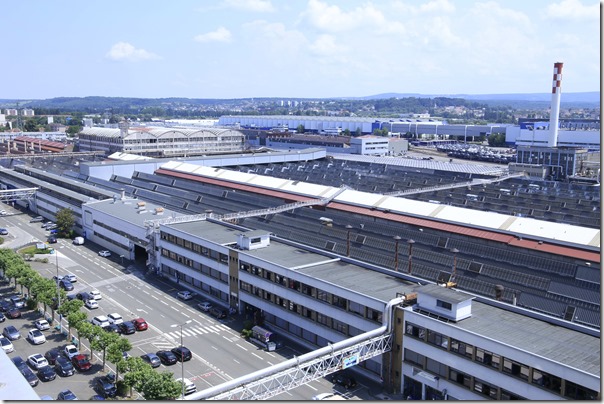 That’s because for the past three years they’ve been working on a production transformation program, “Sochaux 2022,” which includes the installation of a new transfer press line, capable of stamping both steel and aluminum parts, which is said to be the first such line acquired in France in the past 20 years.

It is worth noting that this plant has been around for more than a while: It opened in 1912.

The goal of the transformation program is to be able to produce six different types of vehicles with a total volume of 400,000 units per year.

There have been in excess of 60,000 training hours at the plant so far for the improvement.

According to Maxime Picat, PSA Executive Vice President, Operational Director Europe: "Today, Sochaux produces emblematic cars for the PSA Group, including the new Peugeot 3008 which has been a huge commercial success, and will begin to manufacture vehicles for the Opel brand.”

This is probably not a preemptive comment about the acquisition because the EMP2 vehicle architecture that’s used for the Peugeot 3008 and 5008 models is also being used for the new Opel Grandland X SUV, so it only seems rational. . . .