Researchers at the U-M Transportation Research Institute (UMTRI) are undertaking an investigation to determine whether it is possible to utilize “instantaneous crowdsourcing” which could be used in autonomous vehicles to deal with the edge cases that might be encountered.
#Dodge #Ford

Researchers at the U-M Transportation Research Institute (UMTRI) are undertaking an investigation to determine whether it is possible to utilize “instantaneous crowdsourcing” which could be used in autonomous vehicles to deal with the edge cases that might be encountered.

Explains Walter Lasecki, an assistant professor of computer science and engineering and a leader of the project, “Today’s autonomous vehicles can drive relatively well in typical settings, but they fail in exceptional situations—and it’s those situations that are the most dangerous. Designing autonomous systems that can handle those exceptional situations could take decades, and in the meantime, we’re going to need something to fill the gap.” 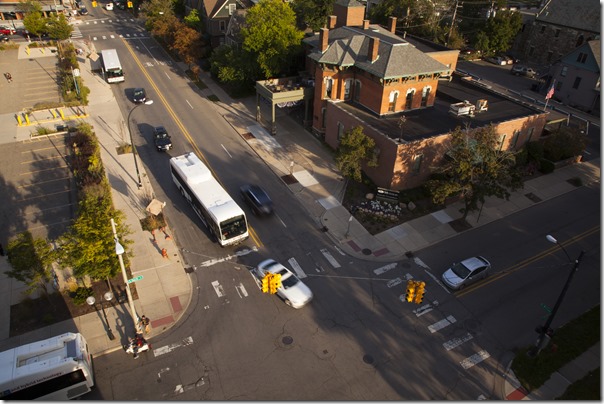 And what they propose that that thing is is a setup wherein if a self-driving vehicle predicts, 10 to 30 seconds into the future, that there could be a problem that would require a human’s input, it contacts a remote control center, where a system analyzes the situation, generates possible responses, then sends those scenarios go a number of humans, who are in driving simulators. They run the sim, then their responses are sent back to the vehicle-in-potential-peril.

The vehicle system then has the opportunity to select from the provided responses.

The whole thing is to be done so quickly that the vehicle would be capable of dodging a piece of roadway debris.

The researchers have calculated that based on the number of miles driven in the U.S. in 2018—3.2-trillion—there would be a need for as many as 100,000 remote “drivers.”

Notes Robert Hampshire, a research professor at UMTRI and U-M’s Ford School of Public Policy, “Like the job of air traffic controllers, this work could be stressful and cognitively complex. So we’ll be looking at ways to make it less intense and mentally fatiguing.”

(Although the air traffic controller metaphor certainly works, for fans of Ready Player One, the activity sounds somewhat similar to the work done by the Sixers. . . .)