People like cars that go fast—really fast, as in setting land speed records, as a 2019 Volkswagen Jetta did at the Bonneville Salt Flats, setting a record in the Southern California Timing Association’s Blown Gas Coupe class (no, we didn’t know there was such a thing, either), 210.16 mph, besting the previous record of 208.472 mph.

The Jetta was prepared for the run by THR Manufacturing of Ventura, California. 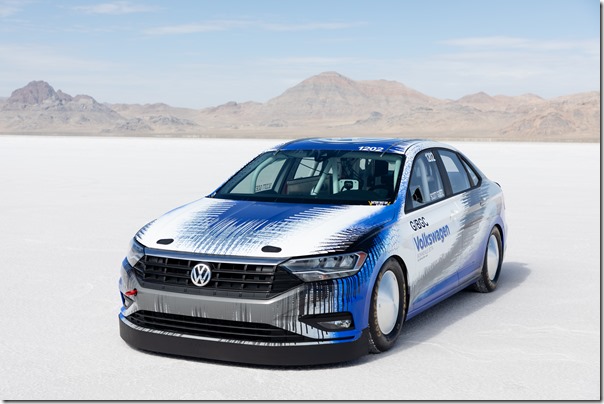 According to Hinrich J. Woebcken, Volkswagen Group of America president and CEO, “This record underlines the sporty credentials of our all-new Jetta and also gives a hint at the future of the GLI model, since this car uses a modified version of the GLI’s powerful EA888, 2.0-liter TSI engine.”

While not wanting to get too pedantic here, there is a bit of a question regarding the adjective modified.

That is, the block and crankshaft are stock EA888. But the engine was equipped with different connecting rods, pistons, valves, camshafts and exhaust system.

But it really is fast. 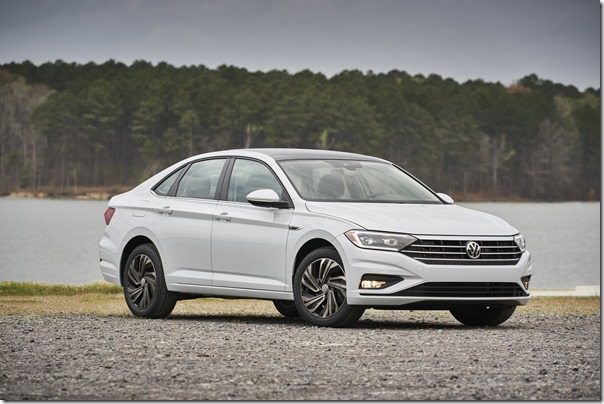 The Jetta SEL Premium that you can buy