Groupe Renault and Brilliance China Automotive Holdings (CBA) announced that they were entering into a cooperative agreement through which they will jointly produce and sell light commercial vehicles in China.

Carlos Ghosn, chairman and CEO of Renault, said of the initiative, “Groupe Renault is entering into a promising and high potential Chinese LCV market which accounts for upwards of 3 million vehicles per year. By joining hands with CBA, Groupe Renault aims to become a major LCV player in China. We will bring our management expertise and know-how on the products and technology.”

CBA is no stranger to light commercial vehicles, as it has a large share of that market in China through its JinBei brand. 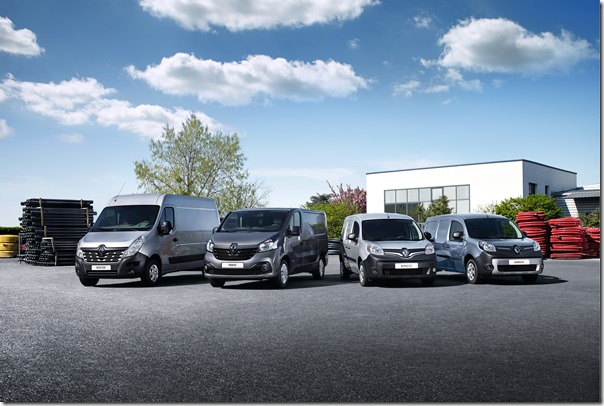 Said Mr. Wu Xiao An, chairman of CBA, “With our strong experience of operating automotive businesses with industry partners, we expect our new joint venture to upraise our existing minibus operations while developing new growth opportunities for both the JinBei and Renault LCV businesses and become a significant player in the Chinese market.”

One of CBA’s subsidiaries is Shenyang Brilliance JinBein Automobile (SBJ), which has been producing and selling JinBei minibuses since 1990. There have been more than one-million sold. Group Renault is purchasing a 49 percent equity interest in SBJ from CBA. Plans call for the development and sale of existing JinBei products as well as new vehicles that the joint venture will develop.

Two points about this new company.

One is that it is interesting that Ghosn points out that one of the things that Groupe Renault is bringing to the business is its managerial acumen. Clearly what he’s accomplished at Nissan and the Renault-Nissan Alliance certainly underscores his facility in this area. Managerial capabilities are something that cannot be underestimated.

Second, it is worth noting that there is another European company that CBA is affiliated with, a vehicle manufacturer that isn’t associated with commercial vehicles light or otherwise: BMW.

CBA owns a 50 percent equity interest in BMW Brilliance Automotive Ltd. which builds and sells BMWs in the PRC.