Researching the Automotive Future at CSRC

These Toyota researchers are working to make driving,  being a passenger in an autonomous vehicle, bicycling, and even walking safer.
#Toyota #oem

One of the things that doesn’t get a whole lot of mainstream attention in the development of automated vehicles are some of the technical aspects related to the health and well-being of those who find themselves within one of those vehicles, especially when said vehicles are not necessarily fully autonomous, but require the attention of the person behind the wheel at some point.

According to Dr. Pujitha Gunaratne, a principal scientist for the Collaborative Safety Research Center (CSRC) at the Toyota Motor North America R&D (TMNA R&D) center in Ann Arbor, Michigan, heart disease is the number-one cause of death in the U.S., with over 635,000 deaths occurring due to some cardiac event each year (out of a total 840,768 deaths in which heart disease is a primary factor). Given that the average age for a first heart attack in males is 65.6 and 72 for females, according to the American Heart Association, and the fact that according to the U.S. Census Bureau there will be more people in the U.S. who are 65 and older than there will be under 18 by 2035, a whole bunch of people in their golden years behind the wheel can present some issues. 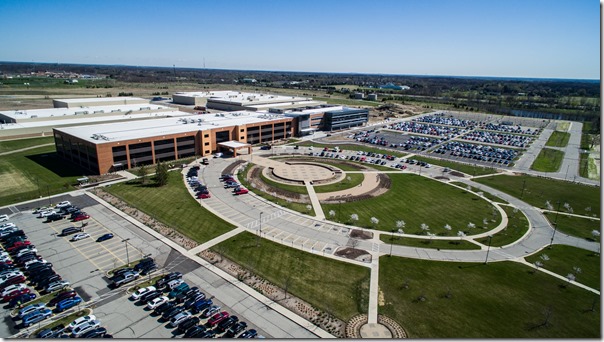 So Gunaratne (who isn’t a medical doctor but has doctoral degrees in Electrical and Computer Engineering) is working with researchers at the University of Michigan Center for Integrative Research in Critical Care on a program to determine the best way of detecting the heart condition of a driver through the use of electrocardiography (ECG) signals.

Gunaratne explains that there is a whole lot of electrical “noise” within a vehicle, so they’re building models that help filter out the extraneous and get to the point of how the driver’s heart is doing and to actually predict whether a problem is likely to occur or to have occurred.

Should atrial fibrillation be detected, for example, then the vehicle could take appropriate measures—which Gunaratne’s colleagues elsewhere in Toyota Motor North America R&D (as well as the Toyota Research Institute) are working on.

Another issue that is being tackled in CSRC, which was established in 2011, is predicated on the notion, said Dr. Jason Hallman, who is both a principal engineer at TMNA R&D and an injury biomechanics subject matter expert, looking at passive safety, at CSRC, and a co-leader for safety integration research at CSRC, “Looking forward to a future when we’re not looking forward”—as in not necessarily sitting within a motor vehicle facing the windshield.

He and his team are working with the University of Michigan Transportation Research Institute on determining the musculature of individuals in vehicles under various conditions, such as when there are sudden evasive maneuvers. They recruited 87 volunteers who were told they’d be involved in an “automated vehicle comfort study,” which is technically true, but given the video evidence Hallman and his team collected, certainly came as more than a slight surprise to some of the participants, especially during sudden hard turns.

Why does the musculature of a person in a vehicle matter? Hallman explained that because in vehicles today, airbags are positioned in relation to known seating positions. But what happens when someone is in a different position entirely (as in the “not looking forward” he mentioned)? Knowing who is likely to be where and in what state is important.

Not all of the work going on at CSRC is related to things medical and biomechanical. For example, Rini Sherony, a senior principal engineer, and her colleagues are involved in a variety of active safety technologies. One of the programs they’re working on is determining whether headlamps that can identify and highlight pedestrians and bicyclists can be beneficial. In this case they’re using the radar and camera systems that are already installed in many vehicles, then should, say a pedestrian be detected, the headlamps provide a specific beam so that the person can be more readily seen by the driver. They are also working on determining whether it would be useful for the pedestrian or cyclist to have projected in front of it some sort of projected warning.

Arguably, much of the work that these and others at CSRC is going to be beneficial to people—drivers, passengers, pedestrians, alike--regardless of what levels of autonomy are reached. Which is a good thing for all of us.