Retrofuturism and the American Center for Mobility

The American Center for Mobility (ACM) is currently under construction in Ypsilanti, Michigan, on a 530+ acre site that was once part of the legendary Willow Run Airport.

The American Center for Mobility (ACM) is currently under construction in Ypsilanti, Michigan, on a 530+ acre site that was once part of the legendary Willow Run Airport. ACM, partner of Planet M, the state of Michigan’s program to help develop mobility, has been designated as a national providing ground for automated vehicles by the U.S. Department of Transportation.

When completed the facility will offer to OEMs and suppliers a 2.5-mile highway loop, a 700-foot curved tunnel, two double overpasses, intersections, roundabouts and more. And being in Michigan, it offers a wide-ranging climate under which to test vehicles and systems.

But it also has a smile.

ACM contracted with graphic designer Chris Bidlack to create a series of posters for the site which harken back, in some ways, to past time. . .that never existed.

Here are the posters: 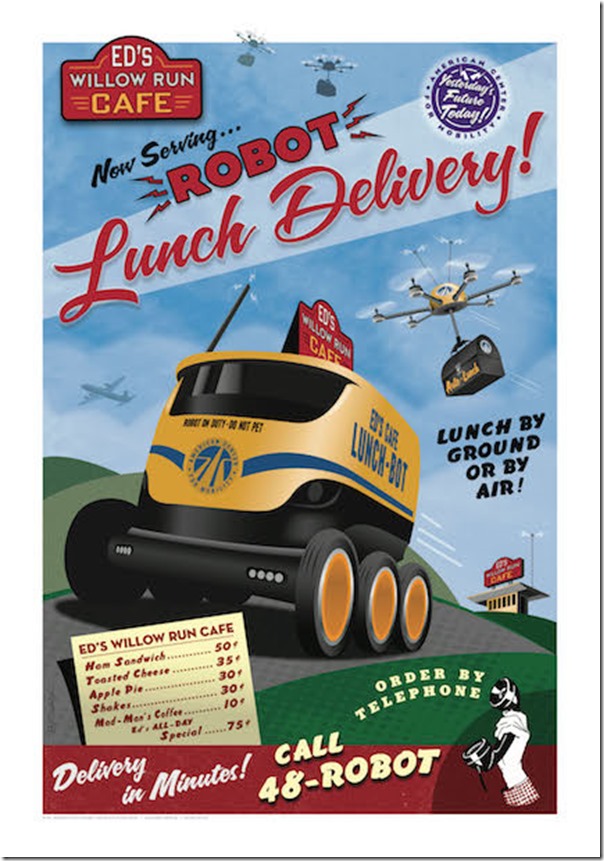 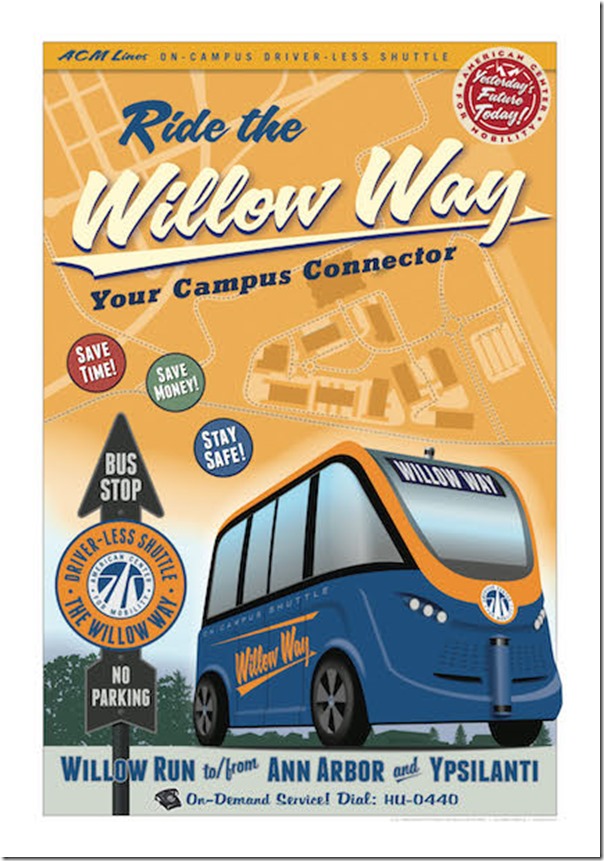 Bidlack, who operates Bidlack Creative Group in Ann Arbor, has a particular fascination with transportation of days gone by. For example, you may be interested in seeing his hyper-accurate renditions of commercial aircraft of an earlier age, here.

(Bidlack has done work in the past for Automotive Design & Production, so we have a particular interest in his undertakings.)