Return of the Iconic Mustang Mach 1

It has been gone but certainly not forgotten. And it is about to return
#Ford

For a lot of people, that is all that need be said. 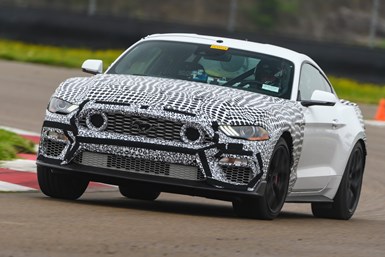 A glimpse into the future—the 2021 Mustang Mach 1. Deliveries to begin next Spring. Something to look forward to! (Images: Ford)

A glimpse into the future—the 2021 Mustang Mach 1. Deliveries to begin next Spring. Something to look forward to! (Images: Ford)

“Mach 1 has a special place in Mustang history,” said Dave Pericak, director, Ford Icons, “and it’s time for this special edition to claim the top spot in our 5.0-liter, V8 performance lineup and reward our most hardcore Mustang enthusiasts who demand that next level of power, precision and collectability. Like the original”—which, incidentally, was a model year 1969 ‘stang—“the all-new Mustang Mach 1 will be true to its heritage, delivering great looks and as the most track-capable 5.0-liter Mustang ever.” 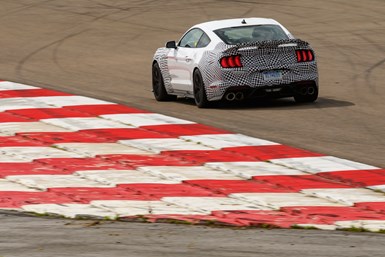 Although details have yet to be released, obviously the 2021 Mustang Mach 1 will be able to carve the curves.

Following the ’69 model there was a ’71, which brought a competition suspension and engine options. In 1974 there was a new version of the Mach 1, a hatchback. Then over a five-year run there were improvements and modifications, including what has offered as the “Rallye Suspension Package.”

The 1970 Mustang Mach 1 fastback. Still looks good after all these years. (Think of it this way: in 1970 The Beatles broke up and since then there has been, dare we say, a long and winding road. . .)

After a hiatus, the Mach 1 was back for the ’03 and ’04 model years, a powerful but somewhat nostalgic version. This brought to bear such things as larger front Brembos, a matte black spoiler, and an improved suspension.

Now, after another break—this one 17 years long—the Mach 1 will be back.

The new vehicle will be available Spring 2021. While it is a limited edition, at this point the number of available vehicles has not been established.