At the LA Auto Show last fall, Rivian rolled out with two electric vehicles, the R1T, a five-passenger pickup truck, and the R1S, an SUV. 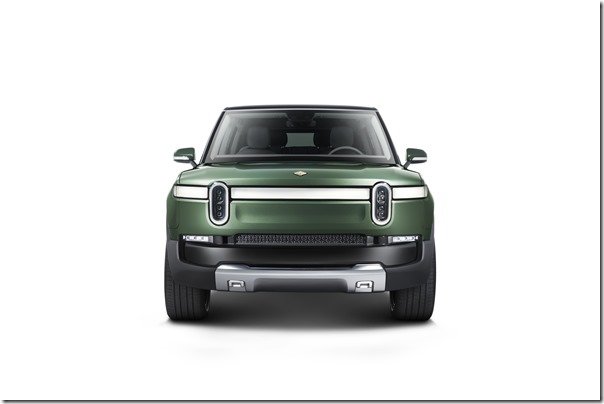 Those who attended the 2017 LA Show had the opportunity to see the Bollinger Motors B1 sport utility and the B2, a pickup. Both all-electric.

Go figure. (Unlike some New Vehicle Manufacturers that are creating exotic sports cars, these two have identified what the larger market wants and are engineering their products accordingly. Here’s betting that they’ll gain more traction, especially as some of the others are seemingly endlessly spinning their proverbial wheels.) 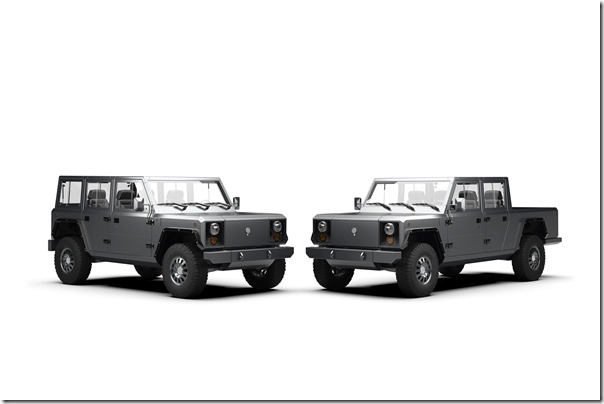 Bollinger B1 and B2

While the Rivian vehicles have a design language that speaks to the future of transportation, the Bollinger vehicles’ design harkens back to American Modernist architecture of the early part of the 20th century: “Form follows function.”

Rivian has been getting the lion’s share of attention of late.

So it is not entirely surprising that earlier this week an announcement came out of supplier Ricardo that its Ricardo Defense operation will be supplying the Bollinger B1 and B2 models with a system that combines antilock braking and electronic stability control. Ricardo developed the ABS/ESC system for the High Mobility Multipurpose Wheeled Vehicle; it underwent five years of testing on Michigan Army National Guard vehicles.

Explains Robert Bollinger, CEO of the company that carries his name, “We chose Ricardo Defense because the Ricardo braking system leverages best-in-class engineering and components and has proven itself in demanding military applications.”

Clearly this EV pickup/SUV space is going to get all the more interesting in the near future.