Spot welding continues to be a major application area in automotive and robot manufacturers are improving the tech to make that happen as efficiently as possible.
#tech #MINI #engineer 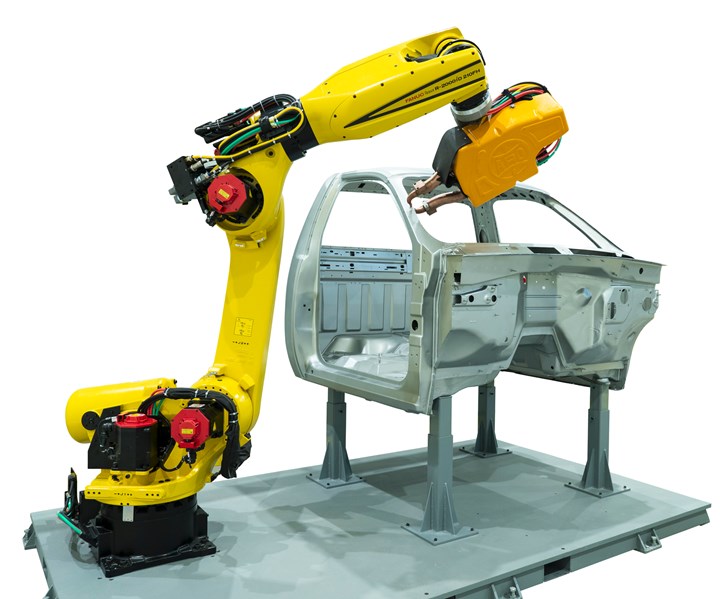 When it comes to the deployment of industrial robots, the auto industry continues to dominate new orders. While one might imagine that the number that is already installed in factories is such that there would be a decline in orders, that is far from being the case. For example, looking at orders for the first half of 2019 (full year numbers aren’t available at the time of this writing, so even if there were to be a substantial decrease in the second half, as you’ll see in a moment, it would still be a big number), the order growth year-over-year, according to the Robotic Industries Association, was 83% for automotive OEMs. The semiconductor & electronics/photonics industry came in second—just 12%.

Evidently the developments that are being made by the robot companies are such that they are worth the investment to improve overall productivity.

If there is any application that seems to be the most descriptive of robots in automotive it is welding. Who hasn’t seen the picture—even in consumer publications—of bodies-in-white on the line with robot arms and showers of sparks from spot welding guns?

And another big application in auto (as well as in other industries) is handling. According to the International Federation of Robotics (IFR), in 2018 China led the world in the installation of new robots (154,000); Japan was second with a comparatively mere 55,200, and the U.S. third at 40,400 installations. The IFR figures show that in China handling is the #1 robotic application, followed by welding. So clearly there is a lot of attention being paid to those two applications by companies that are interested in getting their equipment into manufacturing operations anywhere in the world.

Which brings us to the six-axis R-2000iD/210FH robot from FANUC America. The robot has a 210-kg payload and a 2,605-mm reach, so it is a unit that is engineered for both spot welding and material handling applications.

The robot has a hollow-arm design, which means that there is full internal J1-J6 cabling. By running the cables through the arm rather than exterior to the arm, there is better cable management and the robot can be deployed in tight spaces.

Yaskawa Motoman has also recently introduced a line of hollow-arm robots for spot welding applications, as well, with a focus on providing fast acceleration and deceleration times, with an objective being to reduce non-productive time during the spot-welding cycle. 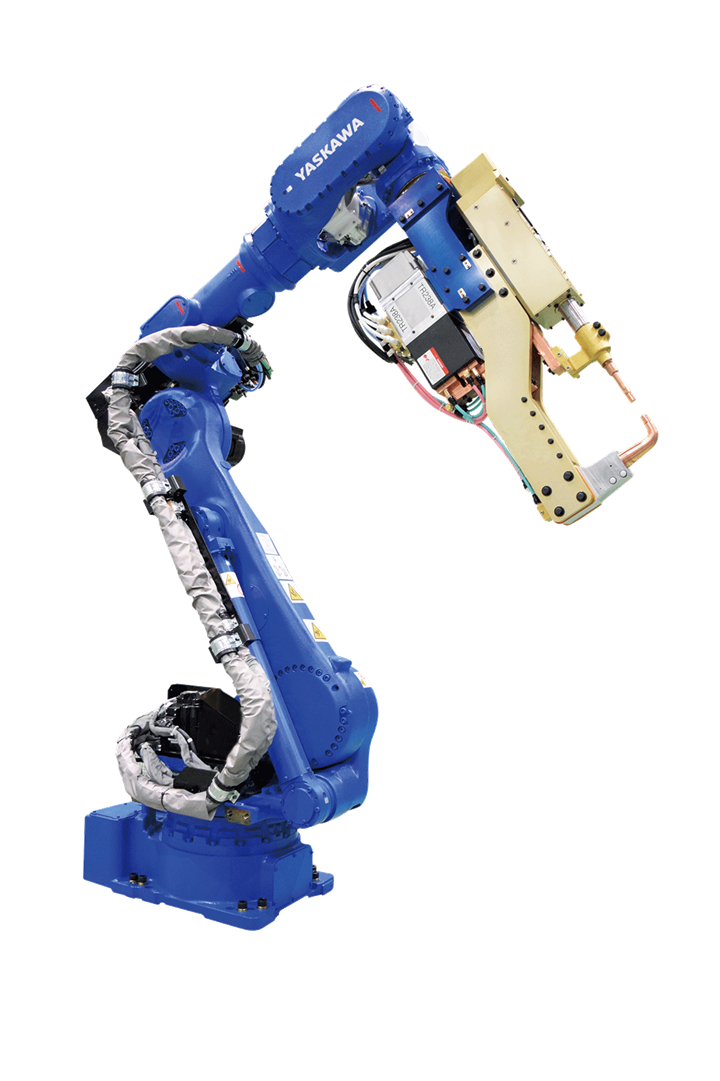 Yaskawa America SP225H spot-welding robot. It has a 225-kg payload capacity, a 2,702-mm horizontal reach, a 3,393-mm vertical reach, and is engineered to move quickly through space. (Image: Yaskawa America)

A Cobot That Welds

Another burgeoning category of robot is the collaborative robot (a.k.a., “cobot”) robots that can work with humans as sensors cause the arms to immediately shut down in the event of contact with the coworker), and FANUC has developed arc welding specific cobots. There is the six-axis CR-15iA for ARC, which has a 15-kg payload capacity and 1,441-mm reach and the smaller CR-7iA/L for ARC (there are also versions of both of these cobots that are without the “for ARC,” meaning they can be used for non-welding applications, too), which has a 7-kg payload and 911-mm reach. 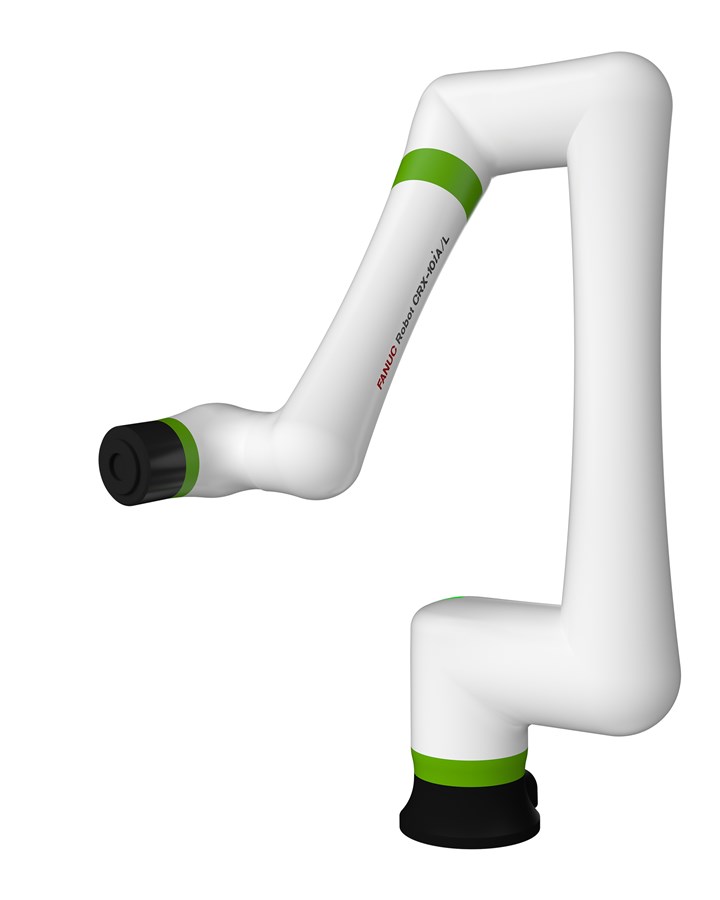 The CRX-10iA cobot from FANUC is the company’s latest generation of robots for collaborative work with humans. (Image: FANUC America)

And while on the subject of cobots, FANUC introduced in December 2019 the CRX series of cobots, the CRX-10iA and the CRX-10iA/L, both providing a 10-kg payload capacity but the former a reach of 1,249-mm and the latter a longer reach, 1,418 mm. The arms have a swing motion such that accessing parts that are located behind the robot is simple to accomplish. Both cobots use the FANUC R-30iB Mini Plus Controller; programming is a matter of lead-through programming (teach the cobot by moving it to the positions it will need for the application).