If you look at the top of the cab of that Mack Anthem Class 8 truck you’ll note the way it arcs back to the trailer.
#Mack Trucks #oem

If you look at the top of the cab of that Mack Anthem Class 8 truck you’ll note the way it arcs back to the trailer. That top piece is a roof fairing and it is a part of the aerodynamic design of this long-haul tractor. The fairing, along with the design of the mirrors, hood, fender, as well as the front air dam, contributes to a 3 percent fuel savings. 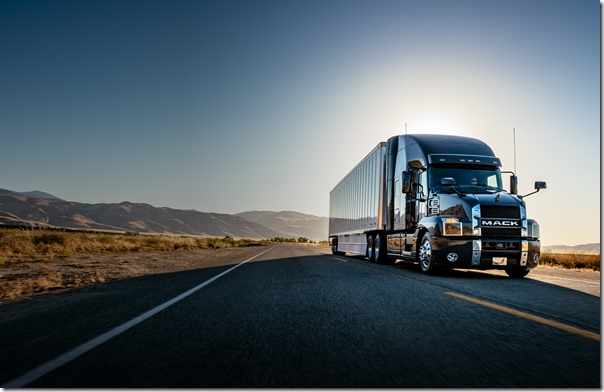 When you’re creating the designs for something that spends as many miles on the road as a truck like that, 3 percent is a huge number.

The Mack Anthem, which was introduced late last year, is being used in this instance for visual demonstration purposes only.

Which leads us to another take on big-rig aerodynamic design.

SABIC, the high-performance plastics company, decided to see what it could do as regards designing a Class 8 truck fairing. So its designers and engineers cranked up the computational fluid dynamics (CFD) software and went to work.

They modeled a baseline day cab first, then based on the data achieved on that, created models that would improve the overall aerodynamic efficiency of the fairing. 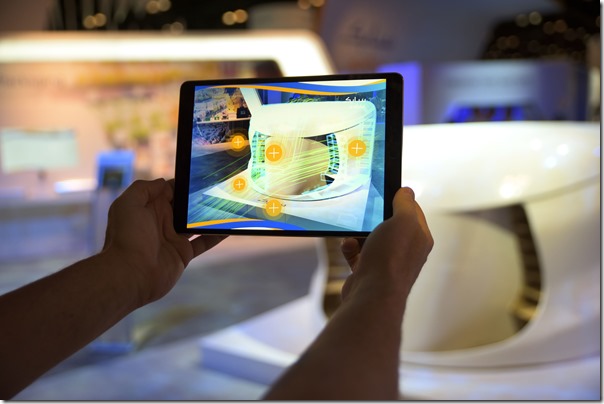 The tablet shows the airflow through the Class 8 fairing that SABIC developed (it is that white object in the background of this picture).

Simply stated, they wanted to find the forms that would not only provide the best airflow over the surfaces, but actually reduce front end pressure and accelerate the airflow over and through the fairing.

The fairing that they designed and fabricated shows—with EPA road testing validating the CFD results—a 5.9 percent reduction in drag versus the baseline.

They calculate that the fuel savings that can be achieved is on the order of from 2 to 4 percent.

So, you might wonder, what’s a plastics company doing designing Class 8 truck fairings?

Well, for one thing, those objects are large and so a comparatively large amount of thermoplastic material are used to produce one.

Although the test fairing they produced was 3D printed, in production the inner and outer shells would be thermoformed and the louvers would be injection molded.

What’s more, even though the SABIC fairing has an exotic design compared with conventional approaches, the company calculates that the cost of production would be similar to that of the typical fairing on the road today.