Autonomous driving is one of those things that everyone has an opinion about but with which they have little first-hand experience. Recognizing that the technology is being engineered by many its members, SAE International CEO David Schutt said that the engineering organization decided to make Level 4 autonomy something that everyday people could learn about—and even ride in. This past May, in Tampa, Florida, SAE held what it called a “Demo Day,” during which members of the public had the opportunity to ride in an autonomous Lincoln MKZ developed by Perrone Robotics (using the company’s MAX software platform, along with radar, LIDAR and GPS from other firms) on a section of the Tampa Selmon Expressway—yes, the actual public road (although it was, thanks to the collaboration with the state and local governments, closed to other traffic). This wasn’t a slow roll on an empty road: the vehicle traveled at speeds up to 50 mph and the vehicle passed a parked lead car, made a U-turn, and even braked for what seemed to be a careless pedestrian.

As Schutt explains on this edition of “Autoline After Hours,” the people who took advantage of the opportunity to have a ride during the event were generally quite positive about the experience, with many curious about when they’d have the opportunity to ride in Level 4 vehicles in “real” life. 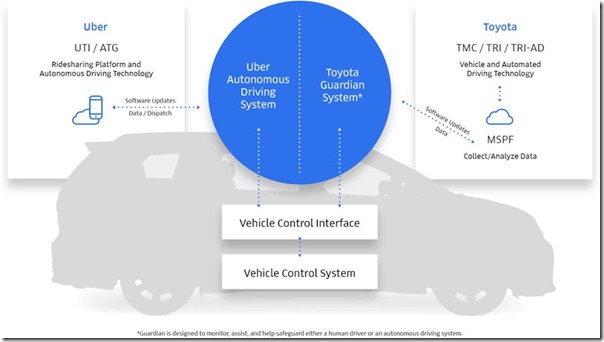 Schutt points out that autonomous driving technology represents a huge change in automobility, and as SAE is at the forefront of working with OEMs and suppliers on all aspects of that, it is an important undertaking for the organization to help not only make it technically possible but socially acceptable.

Schutt talks to Autoline’s John McElroy, Sam Abuelsamid of Navigant Research and me on the show.

In addition to which, John, Sam and I discuss a variety of other subjects, including the announced collaboration between Toyota and Uber on developing an autonomous ride-sharing service that will be based on Toyota Sienna minivans; Dyson’s continued efforts to develop electric vehicles; and a whole lot more.