Saving the Manual (Sort Of)

Aston Martin has announced that the Vantage AMR, which is powered by a 503-hp, 4.0-liter twin-turbo V8, is being equipped with a Graziano seven-speed manual transmission.
#AstonMartin #oem #Carbon

Back in 2010, then-editor of Car and Driver Eddie Alterman started a crusade named “Save the Manuals!,” a seemingly quixotic effort to maintain the existence of manual transmissions in an age where the third pedal was being eliminated from cars of all types. As Alterman wrote, “Even sports-car stalwart Ferrari, of gated shifter fame, isn’t providing a three-pedal option on the new 458 Italia.”

Since 2010, things haven’t gotten much better for the partisans of the clutch.

But there is a bit of brightness. At least for those who are interested in getting a high-performance vehicle that has a starting MSRP of $179,995. 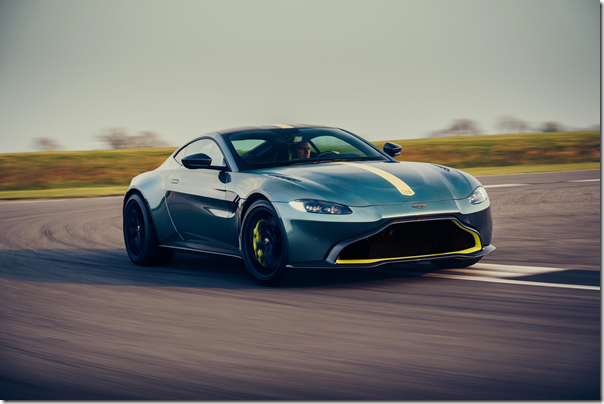 Aston Martin has announced that the Vantage AMR, which is powered by a 503-hp, 4.0-liter twin-turbo V8, is being equipped with a Graziano seven-speed manual transmission.

Andy Palmer, who is president and group CEO of Aston Martin Lagonda, made his beliefs about manuals rather forcefully: “When I joined this company [in 2014], customers asked and, as a gearbox engineer and racer, I promised that we would always offer a manual transmission in our line-up. The Vantage AMR not only honours that commitment but sets us apart from our competitors in continuing to offer a three-pedal option. In a world of autonomous robo-taxis, Aston Martin will continue to advance the art and science of performance driving. With the Vantage AMR, we have created a thoroughly modern sports car that rewards effort and focus from the driver; the antidote to driving a computer game.”

One interesting fact about the Vantage AMR is that by replacing an automatic transmission with the seven-speed and making carbon ceramic brakes standard, the mass of the car is reduced by 209 pounds. (Total dry weight: 3298 pounds.)

While there is a manual, it isn’t exactly total redemption for the type of transmission: there are just 200 of the cars to be made.