The SEAT Martorell plant in Spain is the company’s primary assembly facility, as it the vehicles it produces there are the SEAT Ibiza, Leon SC, Leon 5P, Leon ST, Leon Cupra ST, Leon Cupra SC, and Arona.
#oem #Volkswagen #SEAT

The SEAT Martorell plant in Spain is the company’s primary assembly facility, as the vehicles it produces there are the SEAT Ibiza, Leon SC, Leon 5P, Leon ST, Leon Cupra ST, Leon Cupra SC, and Arona.

In addition to which, this Volkswagen Group company produces the Audi Q3 at Martorell, too.

While buildings aren’t typically things we look at here, it is hard to overlook what they’re doing there: building what will be, when it is put to work near the end of 2018, the tallest logistics warehouse in Spain. And it is fully automated, too. 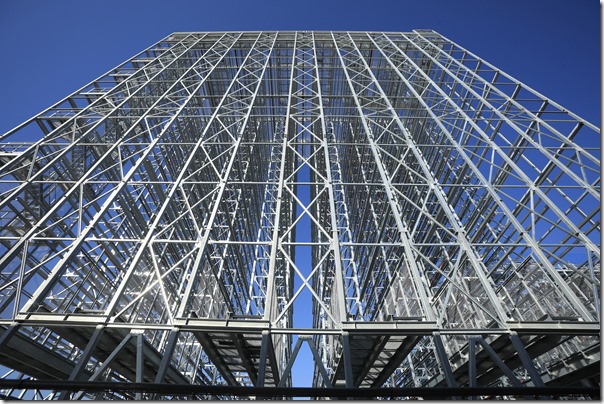 This is one of two sections of the warehouse, which will have a total area of 5,700 m2. This one will have a capacity of 24,000 containers stored in seven aisles. As many as 500 containers will be moved in it per hour.

The second section is somewhat smaller. It is 21 meters high and has the capacity for some 95,000 boxes in five aisles. These smaller boxes will be moved at a rate of 1,100 per hour.

Explained SEAT Vice President for Production Dr. Andreas Tostmann, “The creation of this wholly automated logistics center once again demonstrates that SEAT is a benchmark company in every area of Industry 4.0.”

Tostmann added, “With this project we are taking a qualitative leap forward in our service capacity and our vision of achieving logistics management excellence by increasing efficiency in the manufacturing process of our vehicles.”