Although the Google Glass project hasn’t resulted in multitudes of people wandering around wearing eyewear that seems to have been designed by Syd Mead or H.R. Giger, having what has become known as “augmented reality” can be a useful thing—depending, of course, on the setting.

Case in point: the factory floor. Henkel, which has a leading position in industrial adhesives, and French automotive company PSA have been working together, along with French tech firm Expert Teleportation, on “smart” glasses to facilitate technical service.

More than just glasses, this is a setup where there are an Internet-enabled video camera, microphone and headphones. 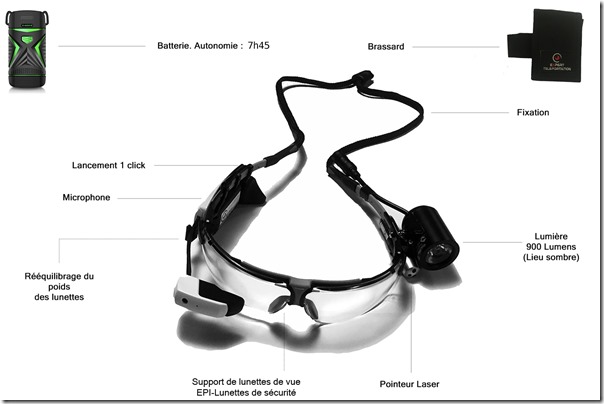 When something goes wrong at a PSA plant, the operator can put on the glasses and a technician at Henkel’s technical service center can see on the screen of a PC what the operator is seeing. The two people can communicate with one another in real time. The headset is engineered to allow communications even in the demanding setting of the factory floor.

Not only does this allow faster access to diagnostic services, but there are economies achieved, as well.

According to Laurent Tollier, Adhesive & Sealant manager at PSA, “Uptime in production is critical to all manufacturers. We are always trying to solve issues more quickly and cost-effectively. We are strong believers in Industry 4.0 and this project is an important step as we implement smart factories. We are going to completely change our way of solving production problems thanks to this new solution proposed by our supplier Henkel.”

Tollier said that they’re going to be rolling out the technology to other plants in the PSA system.

Incidentally: there were updates to Google Glass made available last week for those who are still rocking the eyewear.