You may be surprised to learn of how many 2017 Mustangs are on offer.

While you might think that with continued comparatively low gas prices, vehicles like the Mustang would be moving off of dealer lots leaving a cloud of burnt rubber behind.

Yet that’s not the case. 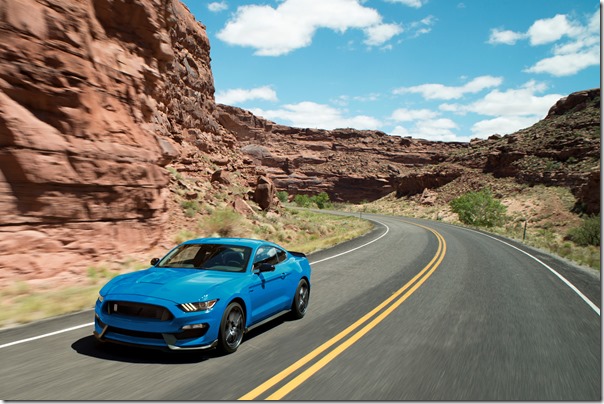 (To be fair, it is worth noting that the Ford powertrain engineers have done an impressive job vis-à-vis performance and fuel efficiency. A Mustang with a 2.3-liter EcoBoost engine provides 310 hp and 320 lb-ft of torque yet has a highly respectable EPA-estimated 21/30/24 mpg city/highway/combined, which is certainly nothing to sniff at, even though 93-octane fuel is recommended.)

(To be fair to the Mustang Team, know that that -25.5 percent is better than the performance of the Focus and the Fusion, which were down in the first quarter by 26.9 percent and 32.3 percent, respectively.)

Ford has announced that it will be bringing back the Shelby GT350 and the GT350R Mustangs, cars that the company describes as “the most track-capable, street legal” Mustangs the company has ever produced.

The vehicle has a 5.2-liter, 526-horsepower V8 that brings the power to the rear wheels and MagneRide damping all around to keep the wheels on the ground.

Generally, when a new model year vehicle comes out there is something different for the new versus the previous.

But Ford isn’t changing much in this case.

So maybe it just is a matter of adding a few more colors to help juice the sales of the Shelby Mustangs, given that they’re the kind of cars that a subset of a subset would be interested in buying, away.