With a CV like his, there is a depth of knowledge not readily matched.
#autolineafterhours #Fisker #people

Simon Sproule has had all of those positions in his nearly 30 years in the auto industry. He’s been in London and Dearborn, Paris and Tokyo, Gaydon and Auburn Hills, and more. 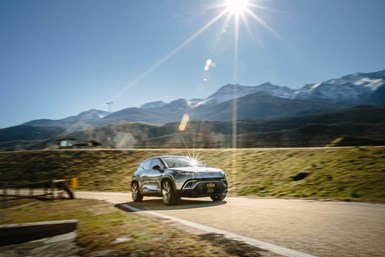 The Fisker Ocean: Not only a new EV, but the result of a new business model. (Image: Fisker)

And Sproule is one of the most affable people you’ll ever meet.

Because you’re unlikely to find anyone with a greater breadth of experience in the auto industry, we figured that he would be a great (return) guest on “Autoline After Hours.”

So on this edition of the show “Autoline’s” John McElroy, Joe White of Reuters, and I spend the entire hour talking to Sproule about the industry.

One of the interesting things that Sproule points out in our discussion of how there seems to be a burgeoning number of vehicle startups—predicated on the comparative simplicity of building an EV compared to a vehicle with an ICE (assuming, of course, that the company in question is actually building the powertrain and not just dropping it in)—is that “brand matters.”

Think of almost any product you use in your daily life, and if it matters to you, then it probably has a brand attached to it.

Another thing Sproule talks about is that there is, in some cases, an entirely new approach to the industry, characterized by what Fisker is doing.

That company plans to have an “asset-light” business model. That is, the company will provide the design, engineering, interfaces, etc., but it won’t manufacture the cars. That will be done by a supplier.

In addition, rather than the company will provide a leasing arrangement with customers such that the vehicles will go back to Fisker, then be modified or refurbished as required, then put back on the market as used but, in effect, “from the factory,” which Sproule points out helps manage the vehicle over its lifetime.

Other topics we discuss include the changes at Nikola, the changes being made at the top of Ford by new CEO Jim Farley, the likely state of the industry in Q4, and a whole lot more, which you can watch on "Autoline After Hours."