What do potential electric vehicle buyers really want to know?

An answer to that can be discerned from comments made by Caleb Dunn, product development manager, Volkswagen Credit, who has been working on the web content for the VW ID.4, which will have its global reveal late next month. 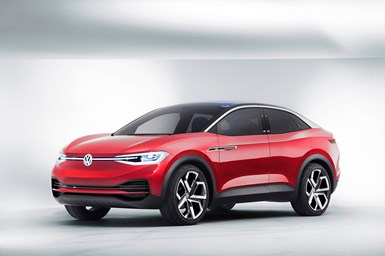 It is rather simple:

And there is sort of a macro question above that:

In other words, a rather simple suite of considerations.

At least in the context of a mainstream crossover that happens to be powered by electricity.

Duncan Movassaghi, executive vice president, VW Sales & Marketing, describes the ID.4 as a “no-compromise A-SUV,” and suggests that this will be an alternative for drivers of a Toyota RAV4 or Honda CR-V who may be looking for an alternative.

Dustin Krause, director of eMobility for Volkswagen Group of America, has a simple reason why he thinks that the ID.4 will have good success in the U.S. market as compared with, say, something like Tesla: VW has some 600 dealers in the U.S.

Krause points out that people who have had the opportunity to drive an EV find it highly appealing. That number of dealers means a greater possibility for more people to get behind the wheel of an EV—a VW EV.