How are you going to get the people behind the wheel of an EV?
#SEAT #europe #Tesla

Talk to anyone in the electric vehicle business and they’ll tell you something that you may find to be somewhat surprising: Despite the wild success of Tesla, the U.S. market is not going to be the one where EVs are going to make substantial gains vis-à-vis more conventional propulsion systems.

The word is that it will be western Europe first, then China. The U.S. market comes in third. Which is sort of sad, considering that the company that has made the biggest inroads in the EV market is based in NoCal.

VW Wants You to Drive an EV

Volkswagen, as is becoming increasingly well known, is making a big push into EVs.

One of the VW Group companies is Martorell, Spain-based SEAT, which has on offer, for now, the Mii, a compact electric vehicle. 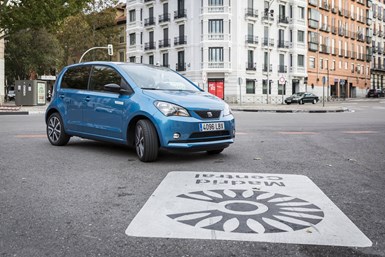 The company has rolled out with six reasons why drivers—especially in places like Madrid—would want to have an EV.

By the way, the biggest driver for European OEMs to promote EVs? The impending increase in emissions regulations, not market demand.