Sony has long been a supplier to OEMs. Will it become a competitor in the EV space?
#tech #Sony #asia 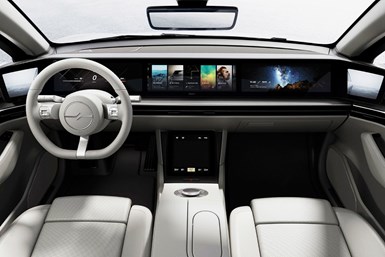 But that’s not the point. The demonstration model (unveiled this week at CES in Las Vegas) is meant to showcase an array of audio, imaging and sensing technologies that the entertainment giant aims to supply to next-generations cars.

Some 33 sensors are positioned throughout the Vision-S to identify and track people and objects inside and outside of the vehicle:

Sony describes the setup as a 360ﹾ “safety cocoon.” Data from the various sensors can be fused together to provide a better picture of what’s happening in the surrounding environment. The array can support Level 2 autonomous vehicle systems and the software is upgradeable to Level 4 technologies as they become available.

A massive panoramic screen highlights the car’s interior. Spanning the width of the dashboard, the reconfigurable display can show a mix of vehicle info—including video feeds from rearview cameras—real-time navigation, streaming entertainment and third-party telematic services. 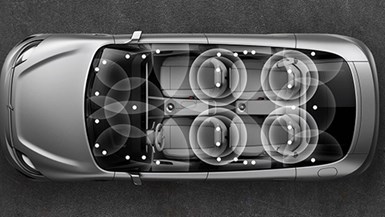 The Vision-S concept has more than 30 speakers, including two in each of the car’s four seatbacks.

Sony’s “360 Reality Audio” system packages more than 30 speakers throughout the car—including a pair in each of the four seatbacks—coupled with advanced signal processing technology. The objective is  an immersive object-based spatial audio environment that can isolate each musical element (voices and instruments) with vivid and invigorating reality.

The various sensors are teamed with a 5G communication architecture and AI-based algorithms for what are said to be unprecedented levels of personalization. 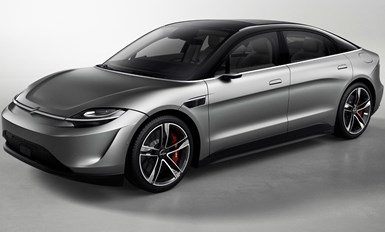 For example, exterior cameras recognize drivers and other occupants as they approach the car. This can be used as a security system and to adjust in-vehicle settings to individual preferences. And the song a person is listening to on their smartphone is seamlessly transferred to the car’s infotainment system without missing a beat.

On the inside, sensors can detect if a rear-seat passenger is sleeping and automatically adjusts the climate controls to make them comfy. Sony says the car is designed to constantly learn from an occupant’s behavior and make adjustments on the fly.

Sony envisions a bright future for its automotive business, with the Vision-S being the first step in that direction.

“We believe that the evolution of mobility will also redefine cars as a new entertainment space,” asserts CEO Kenichiro Yoshida. He envisions a host of new business opportunities through advances in safety, comfort, entertainment and adaptability.