When it comes to the electrification of vehicles, there are few people who have the insights to say nothing of the first-hand knowledge of MaryAnn Wright.

Wright is presently group vice president, Technology & Industry Relations, at Johnson Controls, a company that is more than slightly involved in the production of batteries, not only the conventional 12-volt blocks we’re all familiar with but also the absorbent glass mat (AGM) type that facilitates the deployment of start-stop systems; Wright and her colleagues at Johnson Controls project that by 2020, 50% of all new vehicles in the U.S. will come with start-stop systems and it will be 80% in Europe. Johnson Controls, between 2015 and 2020, is investing $780-million to expand its AGM manufacturing capability. 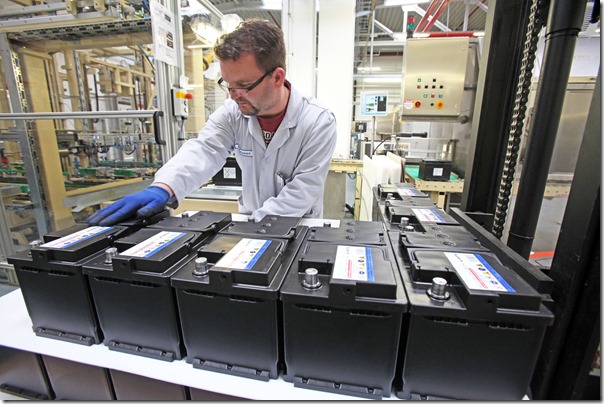 And earlier in her career, she was the chief engineer for the Ford Escape Hybrid, which was the world’s first hybrid SUV (and 2004 North American Truck of the Year).

So on this edition of “Autoline After Hours,” Autoline’s John McElroy, Michelle Krebs of Autotrader.com and I sit down with Wright at the Center for Automotive Research Management Briefing Seminars to get her views on how technology will be advancing in the auto industry in order to meet global fuel economy and emissions and requirements.

One of the things that Wright is rather bullish on is 48-volt battery systems (which will supplement the classic 12-volt). For one thing, she explains, this is important because of all of the devices that are being installed in vehicles for things ranging from entertainment to safety. For another, it is a means by which e-turbos and e-boosters can be deployed.

“The majority of what you’re going to see in 2025 is advanced gas engines paired up with advanced transmissions, aerodynamics, light-weighting, start-stop, advanced 12-volt and 48-volt systems,” Wright says. “They have a lot of levers they can pull without a lot of EVs.”

In addition to which, McElroy, Krebs and I discuss a wide range of issues, including why sedan sales are so soft, cyber security, artificial intelligence, and a whole lot more.