State of Sales According to Cox Automotive

Things are surprisingly strong in the U.S. market, and Charlie Chesbrough explains why.
#Cadillac #autolineafterhours

There are a lot of moving parts in the U.S. auto market right now, largely driven by the coronavirus pandemic, but also as a result of changing consumer demands.

In January, before the pandemic was a visible concern throughout the country, Cox Automotive—a company that is deeply enmeshed in auto sales, with brands in its portfolio including Autotrader, Kelley Blue Book, Manheim, Dealer.com and more—had predicted that there would be a slowing of U.S. automotive sales in 2020 due to a variety of factors including the increase in MSRP (causing an affordability issue for many consumers) and that because the previous five years had seen 17+ million sales, there were many vehicles on the used market that provided the kind of tech that people are looking for at more modest prices.

But then March and April came and everything changed.

To try to make sense of things on this edition of “Autoline After Hours” we are joined by Charlie Chesbrough, senior economist, Cox Automotive. 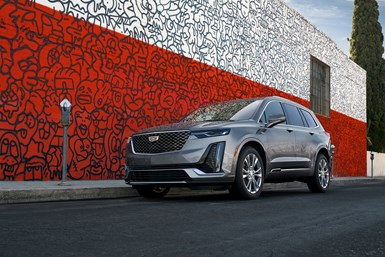 According to Chesbrough, there has been remarkable strength in the retail market. Part of it, he explains, is a result of the stimulus provided by the federal government. Another large part was the fact that there was extremely attractive financing put out there, as in 0% for 72 or even 84 months. Chesbrough explains that most buyers don’t pay as much attention to the MSRP of a vehicle as they do the monthly payment, so by extending the length of the loan, the number on that monthly bill can be notably reduced.

However, he also notes that very few people who were out shopping had sufficiently high FICO scores to qualify for the 0% financing and that some buyers (~15%) are paying 10% or higher.

Another phenomenon, he points out, is that lower-income people are dropping out of the new vehicle market because they simply can’t afford the price of vehicles, especially as prices are rising faster than incomes.

Chesbrough suggests that in 20 years or so there may be just two types of vehicles on the market: Luxury and Used.

Cox Automotive adjusted its forecast for all of 2020, projecting sales of 14.3 million units, or a decrease of 16% compared with 2019. While new retail vehicles will be off 9%, Chesbrough says that fleet sales will be down much more, by about 42%.

While that number is big, he also points out that there was a certain advantage to the OEMs when they restarted production: they were able to focus on building consumer vehicles, which could have more content than fleet vehicles tend to have, thereby building cars with better margins.

And if you’re wondering when the market might get back to 17 million, maybe in 2024, he suggests.

Chesbrough talks with “Autoline’s” John McElroy, Mike Austin, digital content director of Hemmings Motor News, and me on the show.

And we discuss a number of other subjects, including the effects of ride hailing on vehicle sales, the burgeoning number of electric vehicles, the development of vehicle automation and a whole lot more.