Stratasys has signed an agreement with Pantone such that the company’s J750 and J735 PolyJet 3D printers are endorsed by Pantone as meeting the PANTONE Validated standards.
#supplier #Stratasys

Once upon a time objects made with 3D printing systems had a color that ranged from an undifferentiated beige to a blue that almost seemed to be a tribute to the color of the wax that had been used to produce models via milling (subtractive manufacturing). Over the years, colors have blossomed in the rapid space. Sometimes, however, it is a matter of painting the printed parts in order to achieve the specific colors being sought.

But now there is certainly the real deal vis-à-vis designing products with colors that designers everywhere recognize and acknowledge: Stratasys has signed an agreement with Pantone such that the company’s J750 and J735 PolyJet 3D printers are endorsed by Pantone as meeting the PANTONE Validated standards. 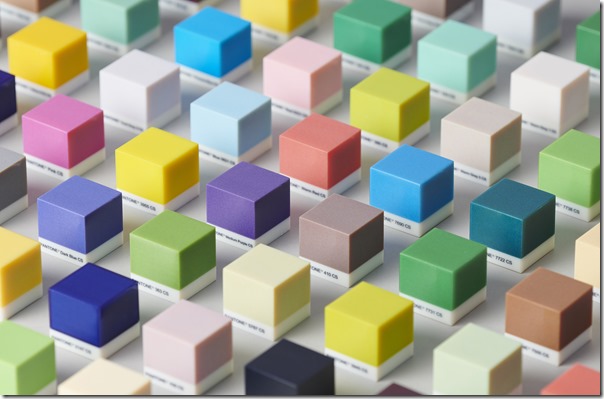 What this means is that designers will be able to pull out their Pantone reference guide and provide the alphanumeric code that identifies the specific color that they’re interested in having printed.

Iain Pike, Director of Partner Business Development for Pantone, explained, “Together, we’re ensuring designers and manufacturers can leverage advanced 3D printing technologies to create the most vibrant and color-correct 3D printed prototypes the market has ever seen – and with confidence that simulated Pantone colors reflect the design intent.”

The current plan calls for the Pantone function to be accessible within the GrabCAD Print environment by this July.