This is where the future of autonomous vehicle engineering is going to come from.
#Intel #oem #Velodyne

As the auto industry invests literally billions of dollars (and other currencies) in the attempt to develop automated technologies for vehicle applications, there is a cadre of people who are working very hard—and imaginatively—at developing self-driving capabilities. These are university students who are from eight schools located in either the U.S. or Canada—Kettering University, Michigan State University, Michigan Tech University, North Carolina A&T State University, Texas A&M University-College Station, University of Toronto, University of Waterloo, and Virginia Tech—participating in a three-year competition, the SAE AutoDrive Challenge. The students are in the middle of the challenge, which is to have the outcome next year of their putting a vehicle on the road—actually on a road at the Mcity autonomous vehicle test facility in Ann Arbor, Michigan—that has the ability to operate in an urban environment at SAE Level 4 (essentially meaning that the vehicle is navigating itself without human input).

SAE International and General Motors are the primary sponsors of the AutoDrive Challenge. GM has donated eight Chevrolet Bolt EVs to the teams—and it should be noted that the eight teams made it through a comprehensive vetting process that not all candidates managed—and GM has also tasked people to serve as mentors for the teams. And a variety of other companies—among them Intel, Continental, MathWorks, Velodyne—are providing support in various ways to help the teams meet the challenge. 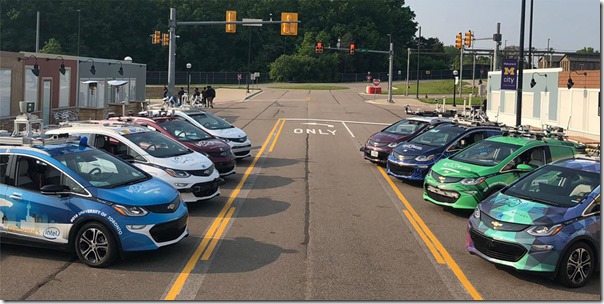 On this edition of “Autoline After Hours” John McElroy and I travel out to Mcity to see the teams in action.

We talk with Chris Ciuca, director of Pre-Professional Education at SAE, who leads the organization’s orchestration of the event.

We talk with Dan Nicholson, General Motors vice president of Electrification, Controls, Software & Electronics, who is the GM exec who is engaged with the AutoDrive Challenge—which shows that the OEM is taking this very seriously.

And what may be more important, we talk with Lindsey Malson of Kettering University, who is a member of the BulldogBolt team, and Keenan Burnett, University of Toronto student who is the team leader for Autoronto.

John and I have talked to many people on “After Hours” over the years, people at all levels within the industry. But from my perspective, the two students that we talked with at the AutoDrive event are among the most composed, articulate and knowledgeable. If you’ve ever had concerns about the next generation of leaders, hearing Lindsey talk about how she liked learning Java and Keenan discuss what he thinks the realistic timing is for autonomous vehicles on public streets ought to put that to rest. 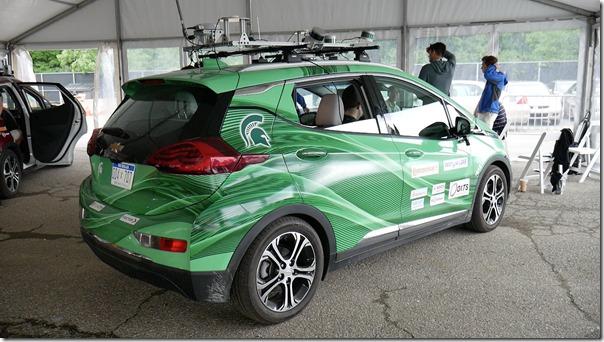