Think of this: steel or aluminum blanks are picked up by two robots and placed on a conveyor belt. They are washed, lubricated and fed into an optical center station where a camera determines their position; that information is used by two robots to position the blanks so that they can be picked up by a crossbar feeder. The feeder feeds the blanks into a drawing press equipped with a servo-hydraulic bed cushion.

The crossbar feeder handles the parts-in-becoming from press to press until the process is complete. At the end of the line there are two servo axes which can orient the parts as required: swiveled, turned or moved at right angles. The finished parts are put on a conveyor belt.

So, given that, what are we talking about here?

But what we’re really talking about is design. Not of the parts. Of the press.

The Schuler Servoline has been awarded a Red Dot design award. Yes, the same kind of award that goes to car companies like Kia (which racked up three Red Dots this year, for the Niro, Rio and—as a “Best of the Best”—the Optima Sportwagen [which is not available in the U.S., cool-looking though it may be]; Kia has been won 18 Red Dots since 2009). 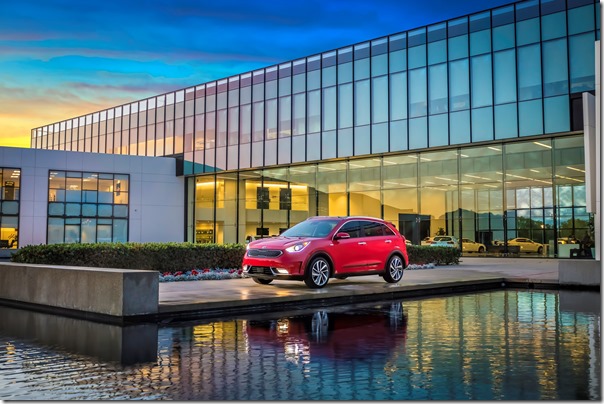 The press line was designed along with design firm Teams of Esslingen, Germany.

Explained Schuler CEO Stefan Klebert about why aesthetics are important: “Our new Corporate Product Design aims to imbue our systems with an especially high-quality appearance for premium customers that underlines our position as leaders in forming technology, making it clear from an external perspective, too.”