The accompanying image is not an automotive product: Yet it is something that can transport a person at speeds of up to 50 mph.
#engineer

The accompanying image is not an automotive product: 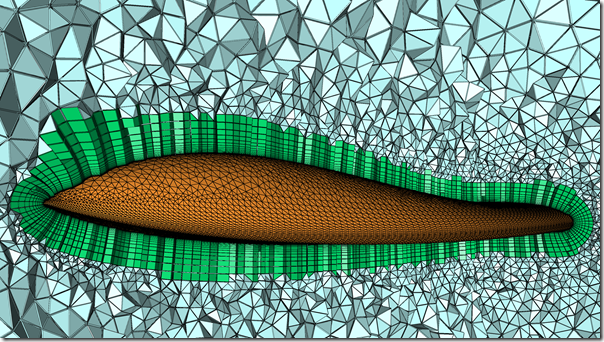 Yet it is something that can transport a person at speeds of up to 50 mph.

Specifically, a “Rhino Chasers”-style surfboard, which is used by riders who go after the big waves.

Or make that Big Waves. These can be as high as 100 feet. So the Rhino Chasers board must permit the surfer to drop down the face of the tube and then outrun the crest.

One can only imagine what a Wipe Out! is like at the bottom of a 100-foot wave.

Apparently, the norm in surfboard design is to concentrate on hydrodynamics, or where the board meets the water. But the people at CRAFT Tech, a company that specializes in computational fluid dynamics (CFD), worked with a board manufacturer on the aerodynamics for the board. They deployed meshing tools from Pointwise to analyze over 100 board designs. And by looking at aero they came up with a design that has lower drag and facilitates higher speed.

In case you’re wondering about exactly what that image shows, it is a “hybrid viscous volume mesh” that was generated with the Pointwise T-Rex—or “anisotropic tetrahedral extrusion”—algorithm.