T-Roc Cabrio: Will Past Be Prologue?

There are certain vehicles that, when brought up in conversation among those who are interested in the auto industry, generally evoke a cringe.

For example, there is the Pontiac Aztek, which had a run from model years 2001 to 2005, yet it seems as though it was in production much, much longer. At issue with that vehicle is simply that it seems as though it was designed not with CAD tools, but with a variety of drafting tools, like triangles, compasses, T-squares, and protractors, all of which were slightly off. (Is this a coincidence: the original Aztecs, yes, spelled with a C, originated in Mexico; the Pontiac—and realize that that name came from that of a chief of the Ottawa Indians—Aztek was produced at the Ramos Arizpe Assembly Plant in Mexico.)

Then there is the Nissan Murano CrossCabriolet, a car that is as visually ungainly as its moniker. That vehicle, which debuted for model year 2011, was described by Nissan as the “world's first all-wheel drive crossover convertible,” as though that was something that people were really interested in having. They weren’t. The proportionally awkward vehicle, which seemed to have been the brainchild of someone taking a Sawsall to a perfectly good Murano, ran to model year 2014. 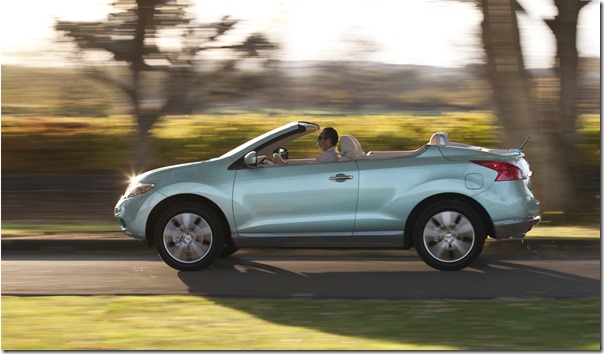 Today, Dr. Herbert Diess, CEO of the Volkswagen brand, announced, “Volkswagen is evolving into an SUV brand.” OK. The Atlas is a well-executed SUV and the new Tiguan is an impressive vehicle in the small SUV category. There is a new Touareg on the way.

Over in Europe there are other SUV offerings, including the compact T-Roc, about which Diess said, “The T-Roc is already setting new standards in the compact SUV segment.”

The Volkswagen Supervisory Board has approved a new variant of the T-Roc: a cabriolet.

And the company is putting some serious financial muscle behind this: it is investing some €80 million at its Osnabrück plant for equipment to produce the T-Roc cabrio, which is set to launch in 2020. They are going to capacitize the plant for 20,000 units.

Diess: “With the cabriolet based on the T-Roc, we will be adding a highly emotional model to the range.”

Not all emotions are positive ones.