Last year SEAT sold nearly 470,000 vehicles, which is a solid number for the Spain-based member of the Volkswagen Group that exports approximately 80 percent of its production to some 80 countries around the world. 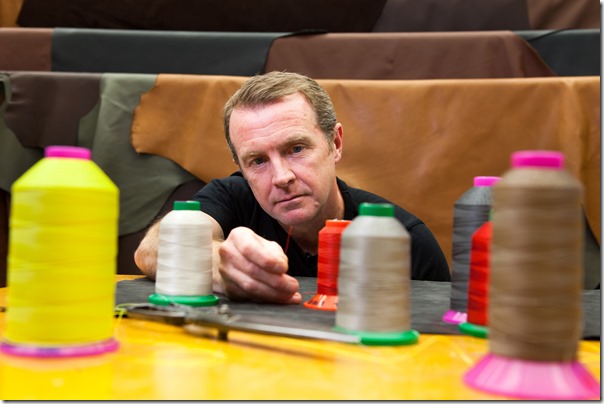 That’s the amount of thread that’s used by Nick Allen, soft trim designer within SEAT’s R&D in the Martorell complex, where the company designs, engineers and produces vehicles, as he develops the interior for a new model.

Allen is essentially a tailor. He’s been at it for most of his life--”I’ve been creating car interiors by hand since I was 16”--and even though SEAT has all of the tech that comes with being part of one of the top three global OEMs, Allen says: “It’s a handmade craft, there’s no computers involved, there’s no real big technology involved. For my profession of trimming, three things are really, really needed: one is to work really well with your hands, two is have a good eye and three is lots of patience.” 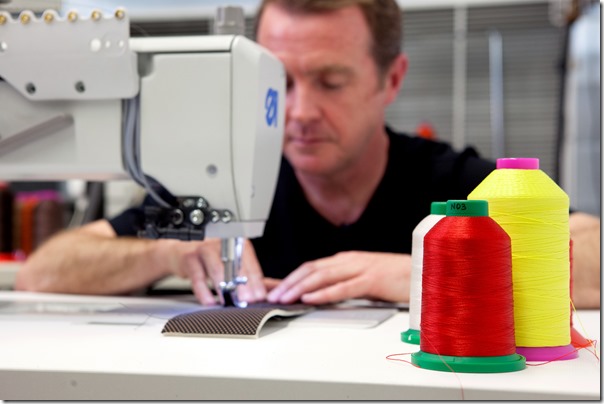 For the latest SEAT Ibiza, Allen developed some 30 seat variations, not only selecting the materials—colors, textures—but shaping the underlying foam. He also hand stitches the steering wheels, with a curved needle, using the German knot stitch (for those non-Martha Stewarts among us, that stitch shows the most thread, which what they are trying to achieve), selecting the thickness and colors of the thread (there are approximately 250 spools and 100 colors). And while on the subject of color, Allen: “Colours [he’s from the UK, having worked also at Rolls Royce, Jaguar and Bentley] make a world of difference. Each car has its own personality and its own colour palette. For example, many people link greens and light browns with crossovers, dark browns to more classic family cars, and black and red to speed.”)