The engineering firm does work for the auto industry on everything from embedded software systems to automated technology. But here we’re learning about powertrains—and an unexpected development
#people #Tesla #IAV

Although a tremendous amount of work that is being performed at the IAV Automotive Engineering in suburban Detroit is based on digital technology—developing software and interfaces for everything from ADAS to transmission operations—Mike Kenhard, president of the operation, acknowledges, “Historically, people have associated us with internal combustion engine work.”

And while there is the increased amount of work on drivers and chips rather than on direct injection and combustion, there is still a non-trivial amount of work—development, testing—being performed on ICEs. Yes, there is “a lot of work on embedded software.” But there is still the work being done on engines, with IAV working both with OEMs and Tier One suppliers, primarily focusing on advanced engineering for ICEs. 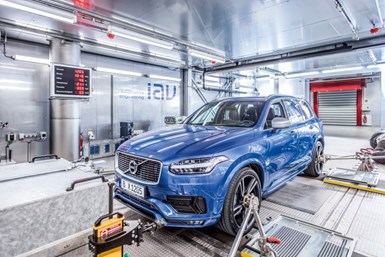 IAV performs extensive vehicle testing in facilities around the world. The company has more than 8,000 employees, most of whom are engineers. (Images: IAV)

“Over the last few years,” he says, “we’ve definitely seen a trend toward consolidation of engine families and the removal of the number of engine options in a vehicle lineup.”

What’s more: “Quite often we heard, ‘This is the last engine family we’re going to develop for this vehicle.’” He hastens to point out that this is for passenger vehicles. “Commercial vehicles are in a different space.”

It seemed, Kenhard says, that there was a decided shift toward electric and electrified powertrains. Which suits IAV just fine, as they have deep capabilities there, as well. Kenhard describes IAV as being “technology neutral.” 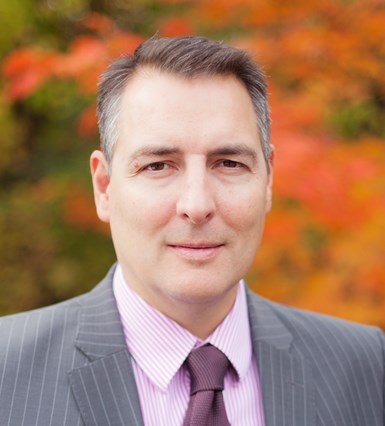 Mike Kenhard, president of IAV Automotive Engineering. Yes, IAV still does ICE work. But much more in powertrain and in other vehicular systems. (Images: IAV)

But then there was a discernable change, Kenhard says: “Over the last year, especially during the current crisis”—as in the pandemic—“the sales of EV products have been impacted and people are talking about priorities.

“We’re hearing some noises from the industry that potentially new engine families will be developed, even from companies that have said they’re moving away from them.”

Adjustments are being made. One of the things that is driving this are oil prices. Kenhard points out that the U.S. vehicle market is dominated by the cost of a gallon of gas, and when that’s low, people have a tendency to go big—whether it is the size of the vehicle or the displacement of the engine powering that vehicle. “All of the forecasts for long-term oil prices suggest that we’re going to be in this situation for much longer.”

Another factor is that he thinks there must be a motivation for customers to switch from a vehicle with a gasoline engine to one with a battery and motor. “If you take Tesla out of the equation, the uptake for EVs in the US is very, very low.”

“So the manufacturers need to keep their options covered.”

Which can mean improved ICEs are still relevant.

So at IAV, he says, they’re doing work around phase-change cooling, which allows more precise control over thermal conditions in the engine over time. While it has “a significant potential for CO2 reduction,” Kenhard also acknowledges that because conventional cooling jackets aren’t used with the material, it would necessitate a change in engine architecture. Which could be a problem.

Another area they’re working on is a pre-chamber ignition system. In this setup there is a small chamber with perforations around the spark plug in the combustion chamber, but separate from it. During the compression stroke the air-fuel mixture is pushed through the openings and a separate fuel metering device ensures a constant stoichiometric mixture in the pre-chamber. A result is that even during lean operation in the main combustion chamber this pre-chamber helps ensure a reduced potential for knock.

Kenhard says that when they had talked to OEMs about advanced technologies like these, “whether it was production-viable was never really the first question they asked. But that’s changed.”

It seems that the ICE isn’t going away anytime soon, at least in the US market.

What powertrain technology intrigues him? “An area I’m really interested in is fuel cells.”

He suggests that looking at the technical choices five and more years out, the fuel cell could be the right long-term solution.

Two things that need to be addressed, however: infrastructure for refueling and the longevity of the stack.

Not surprisingly, IAV does work in that space, too. They’ll be ready.