On July 7 the facilities were closed. They didn’t reopen until the day shift of July 12.

No, there wasn’t a parts shortage or a strike or something that would seem to be the cause of a major production shutdown of 21st-century manufacturing operations.

No, the cause was rain. Torrential rain. Rain that seemed as though it wouldn’t stop. Rain that caused the deaths of some 200 people. Rain that resulted in mudslides and wrecked infrastructure. 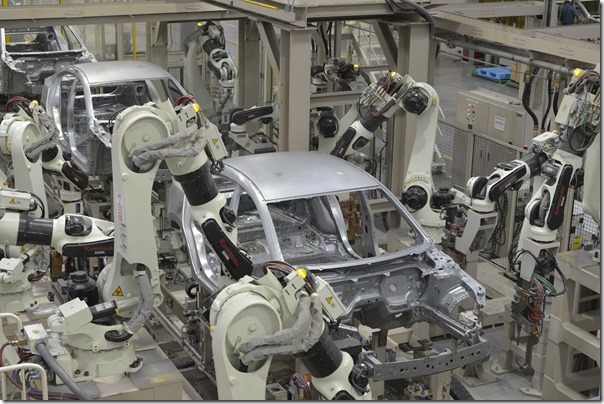 Mazda, which is based in Hiroshima, announced today that it is donating 100-million yen for recovery relief, as well as drinking water and sandbags.

It is a corporate citizen and is doing what citizens are supposed to do: help one another.

But here’s something to think about:

As advanced as our technology seems to become—whether it is advanced manufacturing technology that can result in remarkable cars and crossovers like the ones built in Hiroshima and Hofu, or the advanced driving technology that is being developed and incrementally deployed by every major automotive manufacturer on the planet, including Mazda—there is the fact that natural disasters are still devastating and consequential, are still things that cause deaths and the destruction of what man has built.

It is important to keep what we can do in perspective vis-à-vis what nature can.