According to Chevrolet, this past month in the U.S., more than 360,000 teens became eligible for a restricted driver’s license.
#Chevrolet #oem

According to Chevrolet, this past month in the U.S., more than 360,000 teens became eligible for a restricted driver’s license. Which, of course, means, 360,000 more opportunities for Chevy.

Because Chevy knows that for the next few years of those teen’s lives their parents are going to have more than a slight influence on the driving opportunities, the division commissioned a survey by Harris Poll to see what parents are concerned with vis-à-vis their teens, and the results may be somewhat surprising.

The number-one concern is “Driving Without Adult Supervision.” That came in at 55%. 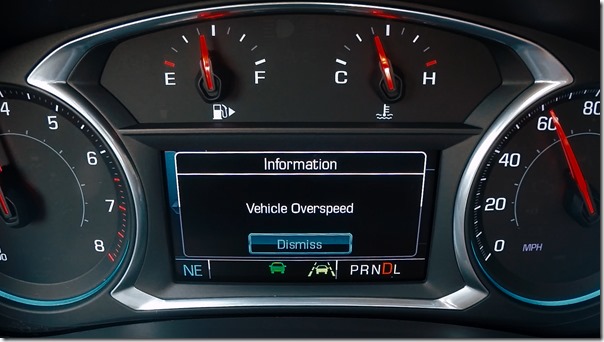 Second (53%) is “Academic Performance,” which, arguably, is effected by number three and number four.

Given this concern with unsupervised teen driving, Chevy has developed technology that can at least make it a bit less nerve-wracking for parents. As a parent of teens and director of marketing for Chevrolet Cars and Crossovers, Steve Majoros, puts it, “while we can’t control a teen’s behavior when they are in a car without a parent, Chevrolet’s Teen Driver Technology can remind them to buckle up and avoid speeding, while our other available active safety features can help to alert them in certain situations when they’re making less-than-perfect driving decisions.”

The Teen Driver tech includes such features as muting the audio of the radio or device paired with the vehicle if the front seat occupants haven’t buckled up and provides audible and visible warnings if a preset speed is exceeded.

(In addition to which, there is an in-vehicle report card that is generated that includes distance driven, maximum speed, and, tellingly, overspeed warnings, stability control events, antilock braking events, and wide-open throttle events. Mom and Dad may not be there, but they’ll know what happened.)

On behalf of teens, though, I should point out that those available safety technologies are as critically useful to many of those drivers who are chronologically adults.