Yesterday Ford marked the production of the 10-millionth Mustang, the legendary pony car that gave rise to the term “pony car” since the vehicle was introduced in 1964.

The vehicle that is the 10-millionth is a 2019 Wimbledon White GT convertible with a 460-hp V8 and a six-speed manual transmission. It was produced at the Ford Flat Rock Assembly Plant, which is located in southeastern Michigan. 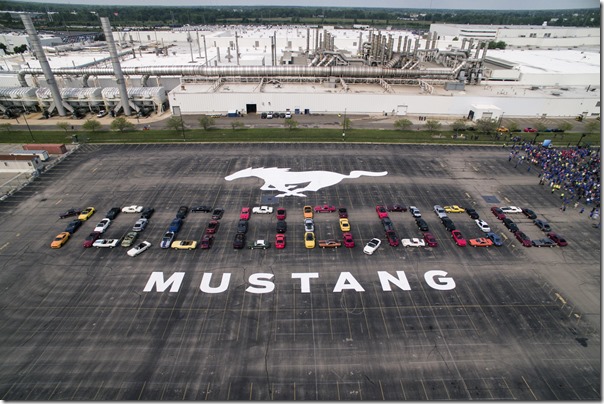 The first (VIN 001) Mustang was a white GT with a 164-hp V8 and a three-speed automatic. It was produced at the Dearborn Assembly Plant, also located in southeastern Michigan.

It is worth noting that for the better part of the Mustang’s existence it was produced at Dearborn Assembly: from 1964 to 2004. And given the popularity of the product during its 54-year run, production was also performed at assembly plants in San Jose, California, and Metuchen, New Jersey, which, unlike the Mustang, no longer exist. 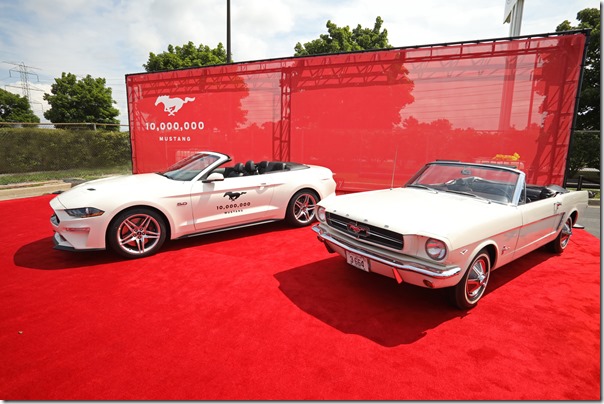 Mustang Now and Then

Given the performance of the Mustang—and we don’t mean the 0 to 60 time—it is likely to have a continued run.

And because Ford likes to point out that the Mustang has been the best-selling sports car in America for the last 50 years, if we factor in the number of Chevy Corvettes sold during the first half—10,242—Mustang outsold the Camaro and the Corvette combined (35,622) for the period.