When it comes to Tesla, things like “Ludicrous Mode” have a certain “we’re-not-taking-ourselves-too-seriously” aspect to them.
#Tesla #sustainability #oem

When it comes to Tesla, things like “Ludicrous Mode” have a certain “we’re-not-taking-ourselves-too-seriously” aspect to them. But the “Bioweapon Defense Mode,” the name of the HEPA air filtration system that’s used in the cabins of the Model S and the Model X sounds about as funny as your entire neighborhood suddenly being overrun by zombies.

But Tesla has pointed out just how bad bad air really is. 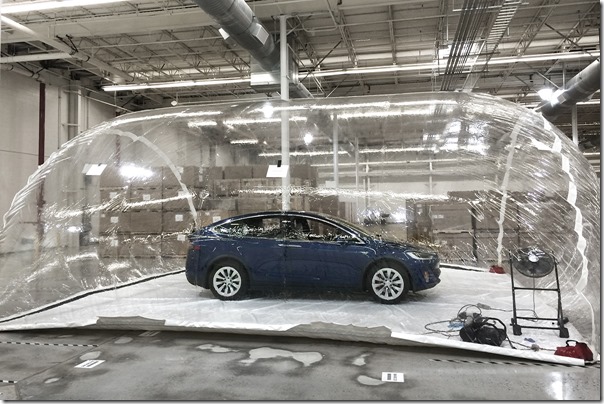 Which doesn’t mean a whole lot until you take into account that, again according to Tesla, a 2013 study conducted at Harvard indicates that people who live in those locales don’t live as long as they might were they not breathing in all of those particles: population-averaged life expectancy reductions of 23 months in Beijing, 10 months in Mexico City, 9 months in Hong Kong, 8 months in Berlin and Los Angeles, and 7 months in Paris and London.

In developing their system they put a Model X in a sealed container and filled said bag with 1,000 µg/m³ of PM2.5. They activated the Bioweapon Defense Mode and the results look like this: 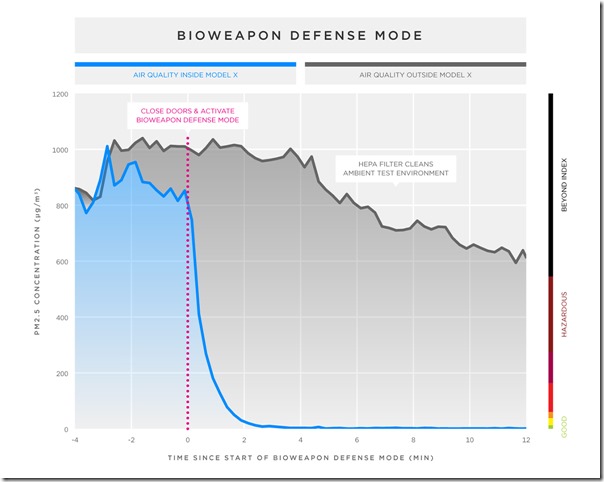 Which is great for those who have the system in their Model S and Model X vehicles. But for the rest of us—particularly those in the aforementioned cities—bad air isn’t particularly funny.