Not that the company wanted to participate in the study that’s been helping OEMs improve their products for 34 years, though. Kia and Dodge tie for the vehicles with the fewest problems per 100 vehicles.
#Dodge #Kia #quality

Dave Sargent, vice president of automotive quality at J.D. Power, made an interesting point about accumulating the data for the company’s 2020 Initial Quality Study. In 15 states there must be agreement by the OEM for the research firm to query customers about their vehicles. Given that the results of the study, which looks at what actual customers think about their new vehicles after 90 days of use, provides the OEMs with what Sargent calls a “mountain of data,” data that is highly useful in terms of identifying problem areas that they can address, you’d figure that every person involved in an OEM’s marketing, product development and quality functions (and subsets thereof) would be keen on knowing how well their vehicles fare among the buying public (no fleet sales are included: these are real individuals).

Which brings us to Tesla. Which didn’t give J.D. Power permission to survey its customers. One of the states that requires the OEM’s permission is California. Where there are a lot of Teslas. 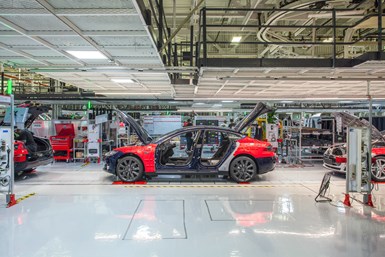 Inside the Tesla Fremont plant. This is where the company could use some help, the IQS results indicate. (Image: Tesla)

So Tesla isn’t really included in the 2020 IQS. But J.D. Power surveyed Tesla owners in 35 states. They obtained 1,248 responses.

In the official rankings, Land Rover is the company with the most PP100: 228.

But Sargent said that Tesla’s number would be 250.

Let’s put that into context: tied for first are Dodge (the first time a domestic brand has been at the top of the IQS) and Kia (the sixth year in a row that it has been the #1 mass market brand) at 136.

Sargent says that this year’s study has been redesigned—in cooperation with the industry--for the first time since 2013. One of the changes is the addition of a new category Driving Assistance, which he describes as including ADAS features. The other eight are Climate, Driving Experience, Exterior, Features/Controls/Displays (FCD), Infotainment, Interior, Powertrain, Seats. Within those categories there are 233 problem areas. 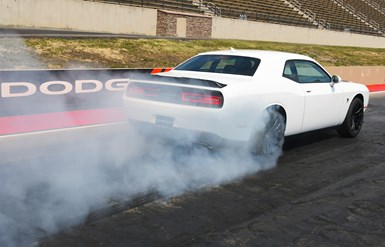 This change resulted in a rather non-trivial change in the PP100 scores. For example, last year Genesis, which had the best score, was at 63 PP100.

“It is very important to know,” Sargent stresses, “that quality has not gotten worse this year. It has probably gotten better. But we are asking about a whole lot of features that we didn’t ask about last year.”

According to Sargent, consumers want to have a vehicle that is easy to understand and operate and that it consistently does what they want it to do. And they want a vehicle that is compatible with their phone. He quips that people would be more likely to change their vehicle rather than their brand of phone. (And they did ask about Apple CarPlay and Android Auto—37% use Apple an 18% use Android, and those who use CarPlay (45% don’t use either) use it more often than Android Auto.) 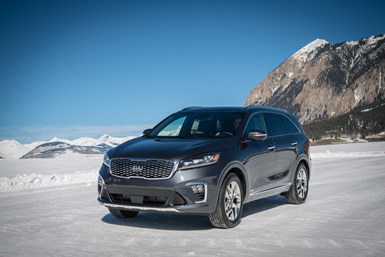 Which goes to another point that has been a trend over the past six years, which is that premium brands are performing, on average, less well than their mass market counterparts. Genesis (142), Lexus (159) and Cadillac (162) are the only luxury brands that score above average.

Sargent says that the mass manufacturers, in large part, caught up to the luxury marques in the fundamental build of the vehicles.

And the luxury brands tend to launch new tech into vehicles, which can be more challenging to figure out than that found in more mainstream vehicles.

So, to circle back to Tesla, one might conclude that it is the advanced tech that’s to blame for its poor showing. After all, if there is an example of a “computer-on-wheels,” it is a vehicle from Tesla.

A reasonable conclusion, but wrong.

The redesign of the IQS gives the OEMs “more than twice as much data to work on” as the previous study.

And they’ll be working on things like Infotainment and Features/Controls/Displays.

At Tesla? Stamping and welding, perhaps.