Tesla Sales and the Triumph Over High Seating

The most remarkable thing about Tesla’s announcement today of its 2018 performance was not that it manufactured 86,555 vehicles in Q4, which is 8 percent more than its previous record quarter (Q3), of which 61,394 were Model 3s and 25,161 were Model S and X, nor that it is reducing prices for all of its models sold in the U.S. starting today by $2,000, in order to address the reduction in the federal tax credit that customers can receive from $7,500 to $3,750.

Nor was it that with deliveries of 245,240 vehicles it sold “almost as many vehicles in 2018 as we did in all prior years combined.”

Not even the claim that more than 75 percent of the orders placed for the Model 3 in Q4 came from new customers, not reservation holders, which means that there is probably a cohort of people who are buying the car on its merits, not on the excitement surrounding all things Tesla. 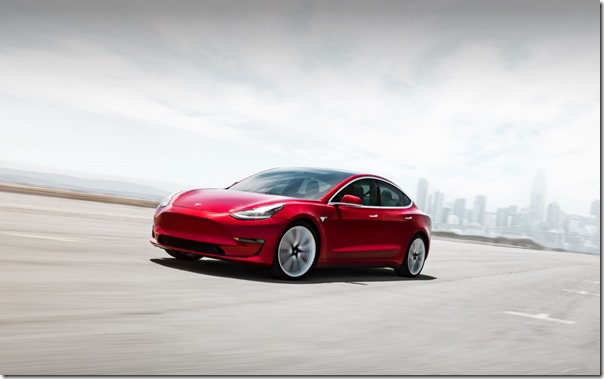 It is not even that, the company claims, its “achievements in 2018 likely represent the biggest single-year growth in the history of the automotive industry.” According to the company it started 2018 with a delivery run rate on the order of 120,000 per year and finished at more than 350,000 vehicles per year. Sure, that is impressive when looked at from the point of view of sheer multiplication, but realize that when the Tesla Factory in Fremont, California, was the Toyota-GM joint venture New United Motor Manufacturing, Inc. (NUMMI) plant, there were 428,633 vehicles produced in 2006, and they didn’t have a massive tent assembly line in the parking lot.

No, the most impressive claim is this: “2018 was the first time in decades that an American car—the Model 3—was the best-selling premium vehicle in the U.S. for the full year.”

Yes, sedan sales are flagging overall. But when there is a product that has characteristics that people desire, H-point be damned: they’re going to buy them.