The pickup-truck segment in the U.S. market is somewhat like the vehicles themselves: big. And when a new pickup comes out, things tend to reverberate.

The 2019 Ram 1500 is big. Literally. It has a cab length increase of four inches; it is 0.5-inch wider; the box is 1.5-inches higher; the three frame lengths are all longer (140.5, 144.5 and 153.5 inches). Yet, as Rob Wichman, head of Ram Truck Engineering explains on this edition of “Autoline After Hours,” the vehicle may be bigger, but it is lighter than the previous generation model, by up to 225 pounds. 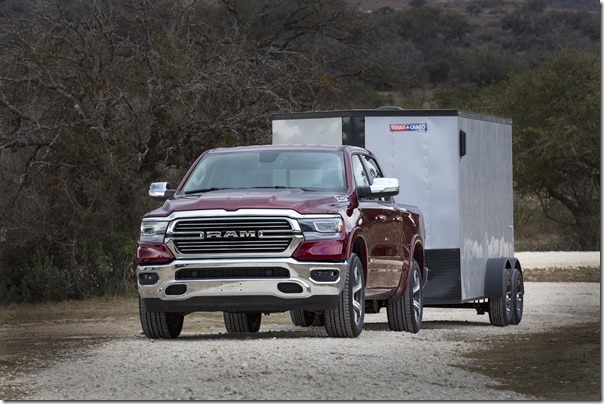 The chassis of the Ram is 120 pounds lighter, with the frame accounting for 100 of those pounds. And Wichman points out that this is due to the fact that the frame consists of 98 percent high-strength steels. 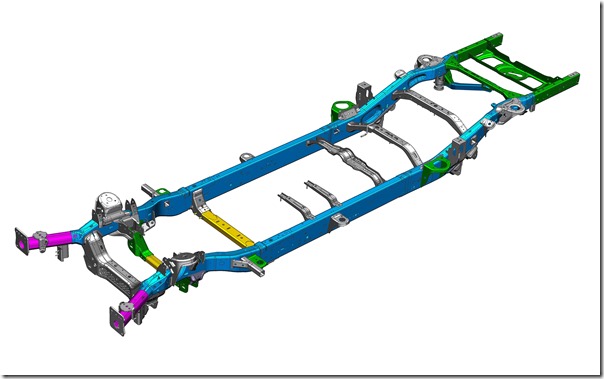 Steel of the high-strength variety is the basis of the Ram.

Wichman says that when engineering the new model they decided that they’d not depend too much on just a single material for the mass reduction. In addition to the steel for the frame and most of the closer panels, there is aluminum used for the tailgate, engine mounts, suspension components, and other applications. They’re using a composite for the upper front suspension control arms (there is a stamped steel outer that surrounds the composite inner). 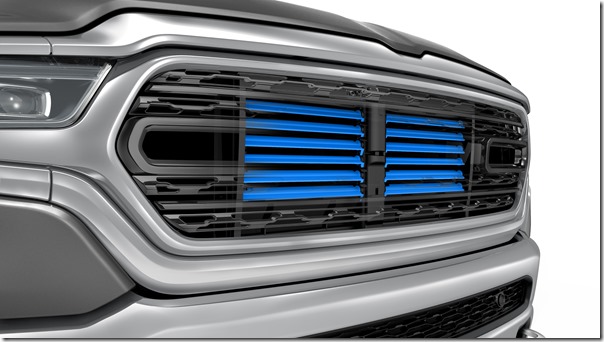 And just as they worked to make the new Ram light (but let’s not lose sight of the fact that this is truck, so they’ve increased the maximum payload to 2,300 pounds and the maximum trailer tow to 12,750 pounds), Wichman says that working with designers, they’ve made the new truck more aerodynamic, a nine percent increased in the overall coefficient of drag, from 0.393 to 0.357. He points out that there are a variety of ways through which this is achieved, from a form on the roof to the increased height of the box to the deployment of grille shutters, an air dam and air suspension. 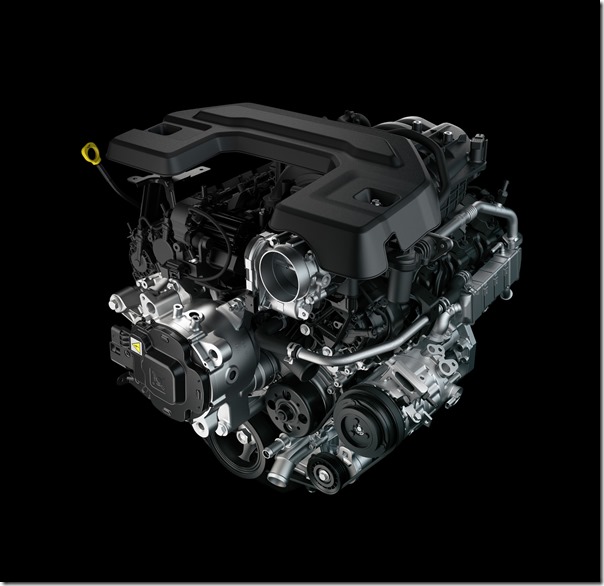 The 1500 is offered with three powertrains: the 395-hp 5.7-liter V8 HEMI that offers cylinder deactivation, the 305-hp, 3.6-liter V6 Pentastar with the eTorque system, and the aforementioned HEMI with eTorque. All of the engines are mated to an eight-speed TorqueFlite automatic. 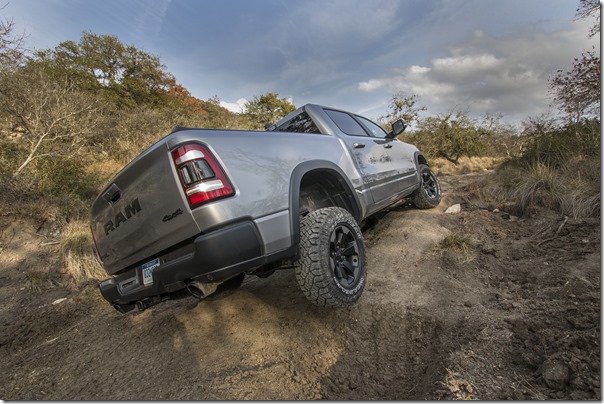 The Rebel is lively.

There are six versions of 2019 Ram 1500, and Wichman explains that they made sure that each and every one of them has features and capabilities so that no one is short-changed by selecting a model.

Of course, those opting for the Rebel get something a little more off-road capable and those getting the Laramie Longhorn get the luxe treatment. 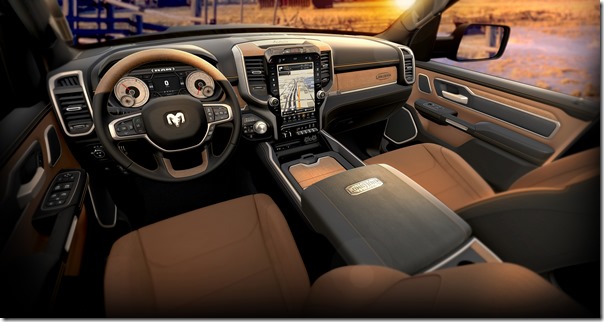 In addition to that, Autoline’s John McElroy and I discuss a variety of subjects, including China’s massive move toward electric vehicles (e.g., the city of Shenzhen has 16,359 city buses, all of which are battery-powered), the interest of American drivers in electric vehicles, the possible consequences of increased gas prices on truck and crossover sales, and Uber’s plans for a commercial flying car service.

And to learn even more about the Ram 1500, here’s a link to a show that John McElroy and I did earlier this year with Jim Morrison, head of Ram Brand, North America, and Ryan Nagode, chief interior designer, Ram Truck.